Paris is one of those trips that you look forward to for weeks if not months beforehand. I mean, it’s PARIS! Before we went, we just simply couldn’t resist getting ourselves in the mood to experience the City of Light! What can I say? I’m a huge movie nerd and an even bigger Francofile! I just wanted to see all of the sites before we arrived! Here are my picks for the top ten movies to watch before you visit Paris! 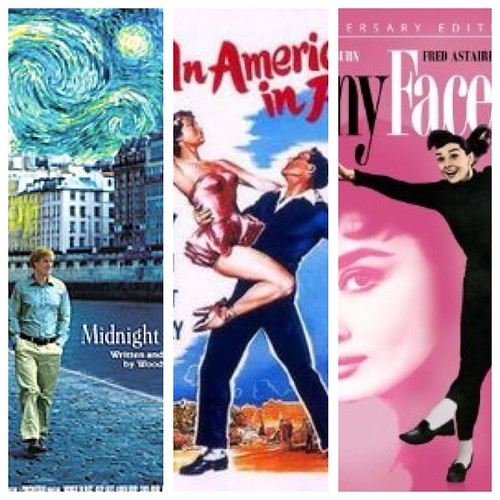 1. Midnight in Paris tops my list! Yes, it’s a romanticized view of cultural life during the Belle Epoque–in other words, it’s exactly what I would dream Paris to have been like back then, so I get it, it’s not realistic but it’s how someone who truly loves Paris dreams it to be. It’s a beautiful vision of Paris and a great story. Warning: the moment I watched this film, I could think of nothing other than returning to Paris.

2. American in Paris. Gene Kelly’s classic introduces you to Paris through dance with fabulous music by Gershwin, who could ask for more?

3. Funny Face. Audrey Hepburn epitomizes Parisian style in this classic flick, despite the fact that she’s not Parisian. It’s a light and fun film featuring Fred Astaire and it’s guaranteed to get you in the mood. This might be the only movie that I find her adorable in. Usually I find her a bit grating. 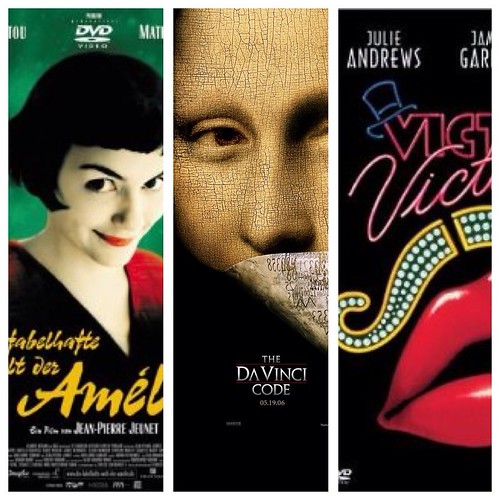 4. Amelie is a quirky film about an adorable girl, Amelie (Audrey Tatou). It’s of course set against the idyllic backdrop of Paris. I particularly love the scenes shot in Montmarte.

5. Da Vinci Code takes you on a whirlwind adventure through Paris. There are great scenes shot in The Louvre. Another fab performance by Audrey Tatou. I overlook the fact that Tom Hanks is tragically miscast because it’s so fun.

6. Victor, Victoria. Julie Andrews shows you how to go from drab to drag to fab in this classic musical. 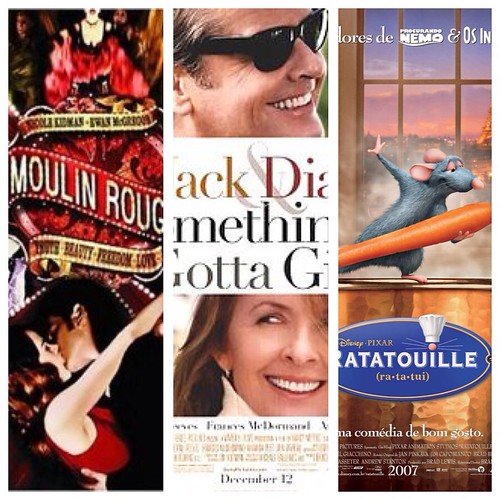 7. Moulin Rouge. Nicole Kidman and Ewan McGregor nail it in this energetic musical!

8. Something’s Gotta Give. The final scenes, especially the one that is shot in Le Grand Colbert really capture the spirit of Paris’ boisterous dining scene. If you’re in Paris, I highly recommend a visit to this iconic restaurant.

9. The Last Season of Sex and the City. Carrie Bradshaw in Paris. The fashion? The Russian? Mr. Big? It gives a wonderful perspective of a New Yorker in Paris. Some hilarious scenes!

10. Ratatouille. I know this may sound silly but something about this movie gets me excited for Paris!

What are your favorite movies that feature Paris? Let me know in the comments!