When I told friends that I was heading to Park City at the beginning of August I know everyone took a moment and thought, doesn’t this bimbo realize that Park City, Utah is a ski town? Well, indeed I did know that ‘friends,” however, since I have never really been a winter sports person I decided to visit during Park City’s off-season.  During my stay I was told by literally every local I met–you come to Park City for the winters but stay for the summers. And they couldn’t be more spot on. In my opinion Park City should be a year-round destination–and here’s why:

During the winter months, a room at one of this sophisticated ski town’s Five-Star resorts will run you about $1000 a night and during the Sundance Film Festival–don’t be surprised to find room rates even higher than that. That’s why I think the summer is so spectacular–and when I say summer I generally mean every season other than ski-season. During the summer months you can book yourself an insanely luxurious residence at hotels like the Waldorf Astoria Park City or Stein Ericksen Lodge for about 1/5th of their usual cost. A room at the Waldorf Astoria for under $200–do people not realize what a bargain this is? 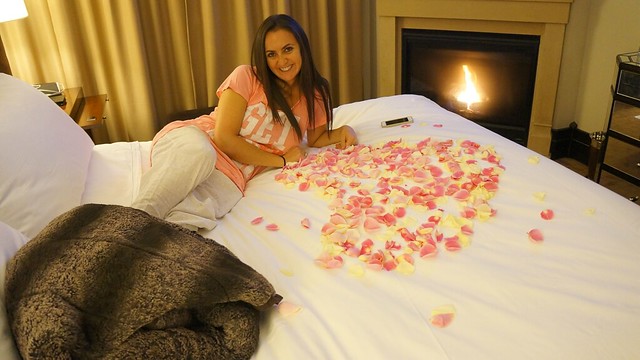 My Romantic Room at the Waldorf Astoria Park City 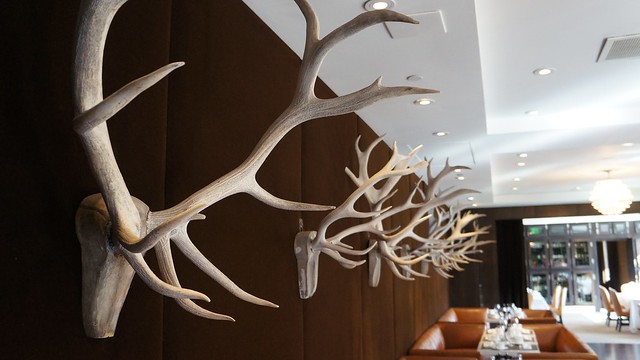 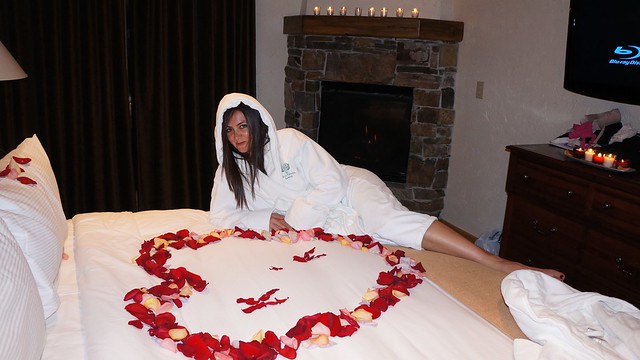 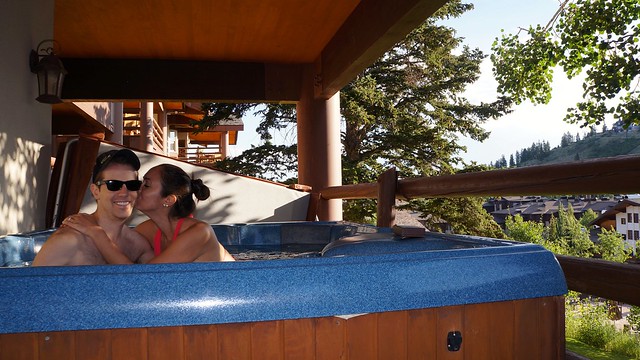 Private Hot Tub on Our Balcony at Stein Ericksen

Park City has just about every outdoor pursuit any nature-enthusiast could ever want. If you’re looking to go hiking, there are nearly 500 different marked trails, each picturesque in its own right. There is mountain biking too, some of the best trails in the country in fact.

Looking to get your adrenaline pumping? Don’t miss the bobsled ride at Olympic Park where professional pilots will take you down the run. This isn’t for the faint-hearted, folks! You can reach speeds of up to 80 mph during the winter (and 70mph speeds in the summer aren’t anything to scoff at)!  I was too chicken to try but it looked pretty fun! I did try out the incredible Zip Lining, Alpine Coasters and Slides though. 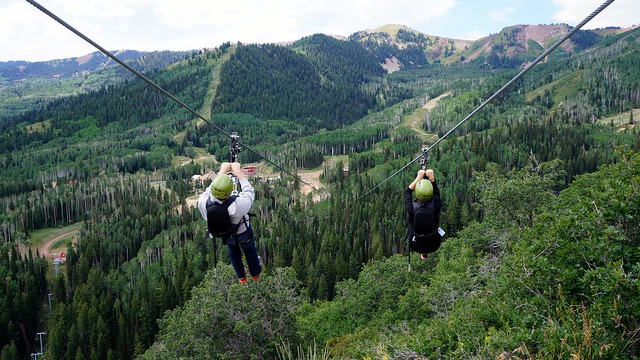 I loved the Zip Line at Canyons Resort. It’s actually the longest one on the continental US!

And the Alpine Coaster at Park City Mountain Resort was truly wonderful.

Happy Husband on the Alpine Coaster

Looking for Miniature Golf?  Or possibly the most affordable public golf course? They’ve got it all! Park City Golf Club  is a fab luxurious course for a fraction of most courses in the summer.  Plus–you can Hot Air Balloon over Park City and take in some pretty incredible views.

Park City is a true luxury traveler’s dream–it’s filled with trendy restaurants that partake in the latest culinary movements like farm to table and using seasonal ingredients. The best part about the off-season? You can actually get a reservation! While I love trying out the latest trendy restaurants, nothing makes me angrier than having to take an 11:00 PM reservation to do so. Sadly, I’m not a member of the glitterati and I don’t know a “guy who knows a guy” who can make a call and get me the best table in town. And when I’m paying premium prices, I like to feel like I’m a special customer. It’s safe to say that during the Sundance Film Festival, I will not be the most special customer–but during the summer, you can truly experience a taste of what it’s like to live like a star. 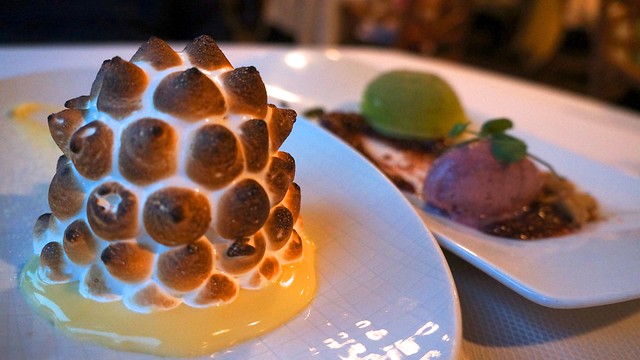 Utah seems to have gotten a bad rap as far as parties go thanks to the Mormons–well, rest assured that Park City has a fab party scene and plenty of cool cocktails and lots of places to throw them back. My top pick goes to Utah’s first distillery opened after Prohibition–the High West Distillery. They have great whiskeys and even infused vodkas. Don’t forget to try their grilled Krispy Kreme after you’ve thrown back a few. Another great spot you’ll find all the locals at is No Name Saloon. Their motto is “Helping People Forget Their Names Since 1903.”  And then if you’re looking for a real wild night, head to Downstairs–a hip club owned by Danny Masterson (Steven from “That ’70s Show.” It’s a bit of a frat party but you’ll have a good time. 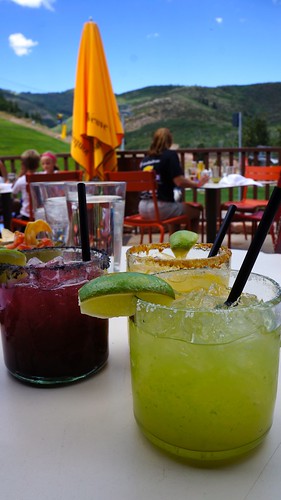 I was surprised to find such a vibrant music scene in Park City, Utah. There are so many concerts you actually won’t be able to attend them all. Canyons Resort ofers a free Saturday Concert series, Deer Valley Resort offers the Utah Sumphony, Utah Opera’s Deer Valley Music Festival and Park City Performing Arts Foundation’s Big Stars, Bright Nights concert series. There also over 100 restaurants and bars that offer live entertainment

What are your favorite things to do in Park City, Utah? Let me know in the comments!