This past weekend, I was lucky enough to be invited to the press preview of LA SOIRÉE. LA SOIRÉE, reminiscent of an adult circus/burlesque cabaret, blends sensuality, comedy and even a little salaciousness into one hell of a risqué revue. The show evokes Vaudeville themes while bringing an otherwise old-timey type of entertainment into the 21st century. Guests are treated to cocktails, cabaret and circus sideshows from ringside seats circling a round stage at the center of the room.

LA SOIRÉE has seduced audiences all over the world–from Paris to Sydney, Stockholm to London–and now this deviant show is back in New York City for a limited engagement! You may remember LA SOIRÉE  from back in 2006 when it took New York by storm back  under the name, Absinthe: Les Artistes de La Clique. 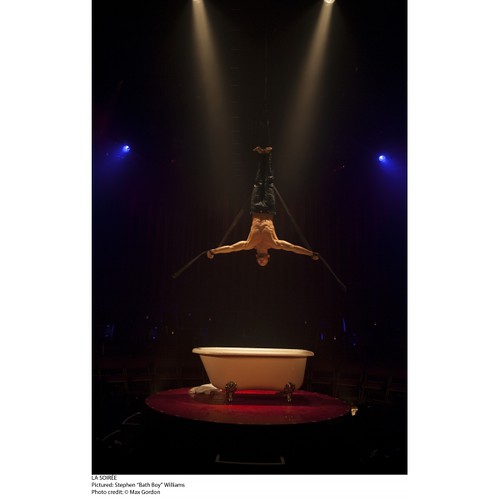 I must be honest and when I got tickets to this I really wasn’t sure what I was in for. Truth be told, I didn’t expect much. I’m a jaded New Yorker, what do you want from me? I thought it would be a silly show and cater to tourists more than anyone. But, I must say, I was pleasantly surprised–I truly had a great time and genuinely enjoyed the entire show, which I found to be fun and delightfully naughty. My cheeks hurt by the end because I don’t think I stopped smiling for a minute. The show featured singing, pole dancing, acrobatics, balancing acts and the highlight of the show, which was when they brought a filled bathtub center stage and a beautiful man does all kinds of fun tricks! And then they pulled some poor guy up on stage with them–that guy happened to be one of my best friends in the world. And I swear they did not plan this. I apologize in advance to LA SOIRÉE for taking a photo against their wishes but when your best friend is dancing on stage in the show, an exception must be made. I won’t spoil much more of the show because I think my descriptions just cannot do it justice but I can verify that it was a high-class production that was extremely professional–unlike many “burlesque” shows in New York City. 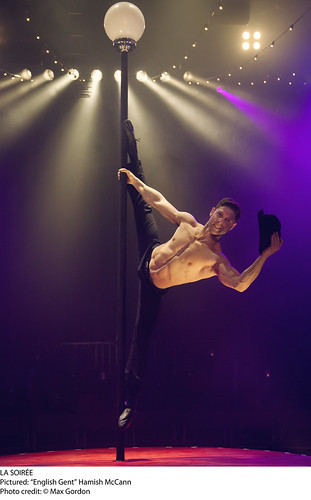 If you’re looking for a fun and different night out I think this is something fun to do with a group of friends or a date. The performers were very talented and held their own–even for this snooty New Yorker.

Although there isn’t really a bad seat, some seats are better than others. The stage is in the center of the room and although performers do cater to the entire room, the best seats are on the entry side of the theater since the majority of the show faces that way. It also doesn’t matter if you sit in the first row as the stage is elevated and easy to see from all angles. Leave your kids at home for this show and grab tickets wherever you can get ’em! LA SOIRÉE opens November 7th, ticket prices are as follows: 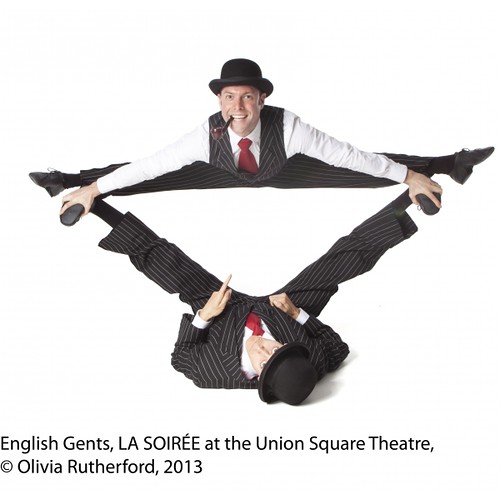 Seating is unreserved within each section so make sure you arrive in plenty of time to choose your seat! Doors will open half an hour before the show starts.