I don’t know about you but I suffer from a majorly limited attention span. In fact, just writing this article I checked my email three times, tweeted a few shouts and popped onto both Facebook and Instagram. Social Media has shown us that it’s possible to communicate effectively using short bites of information. On Twitter you don’t need more than 140 characters to get your point across, Vine has taught us how to communicate in six seconds and Instagram has shown us that a picture is worth a thousand words. Capitalizing on our limited time, attention spans as well as our obsessive use of social media, Visa has started a new campaign to motivate people to get out there and do the things they love.

It’s called “GoInSix” and it uses short-format content to motivate consumers to dine, shop, travel and just basically live life—all through the lens of “six.” By using six-second videos, six photos or six word storylines, Visa is challenging us to inspire and share what you love. 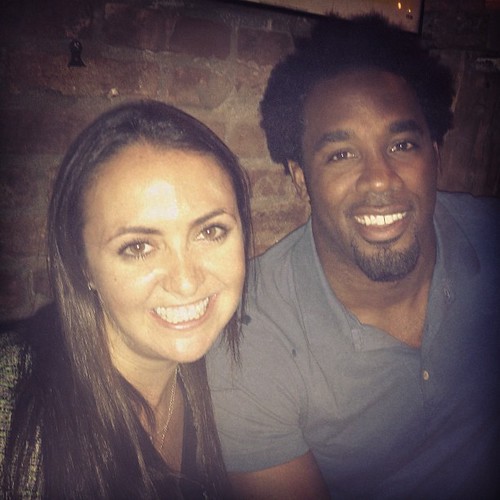 Speaking of love, Visa has teamed up with football legend and all around charmer, Dhani Jones. Now, anyone who knows me knows that I’m not the most avid sports fan but when I heard I was going to meet Dhani Jones my heart skipped a beat. A man after my own heart, a fellow Michigan Wolverine alum, former Cincinnati Bengals AND New York Giants player. It’s like we’ve been living parallel lives…well, almost. While my three major homes have also been Ohio, Michigan and New York, I suspect our paths may have diverged a bit–until last night that is, when our worlds collided.

I had the chance to witness Dhani Jones share his “bites” of the Big Apple for Visa’s new “GoInSix” campaign. We were on a mission to visit Dhani’s favorite New York City locales and learn exactly what he loves about the city so much. He shared everything (avec full camera crew) through short video clips, and photos through “GoInSix.” 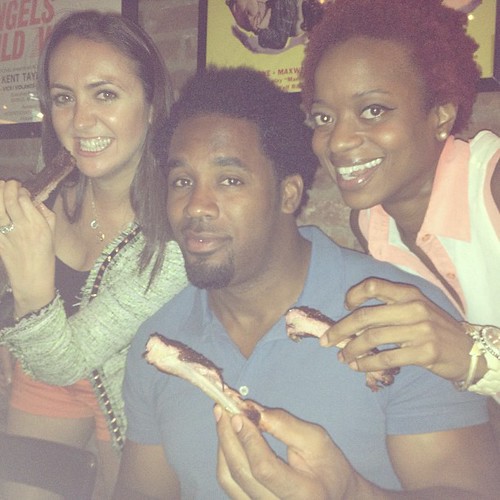 Me, Dhani and Mary Pryor, oh and some fab ribs!

We were picked up in a three car entourage to head up to our first destination. Let’s just say I could get used to living life like Dhani Jones. We were en route to Harlem to visit Dinosaur BBQ, Dhani’s favorite. On the drive up I was able to delve deep into his psyche, honing my mad journalistic skills to ask him just what it was that he loved about Dino BBQ (as well as a slew of other inappropriate and unrelated personal questions). I was with my girl, Kim-Marie and newfound friend, Mary Pryor (Dhani’s old friend) who I joined in harassing him about a variety of off-topics. Dhani did dish about one love–his love of of meat. When asked what his favorite side-dish was at the Dinosaur, he looked dumbfounded and responded, “Who cares about sides, I’m just into meat.” Well said, Dhani, well said. In all seriousness though, Dhani was a well-spoken and truly down to earth dude. I think he is really a genuine and decent guy and am so happy I had the chance to meet him. But I digress… 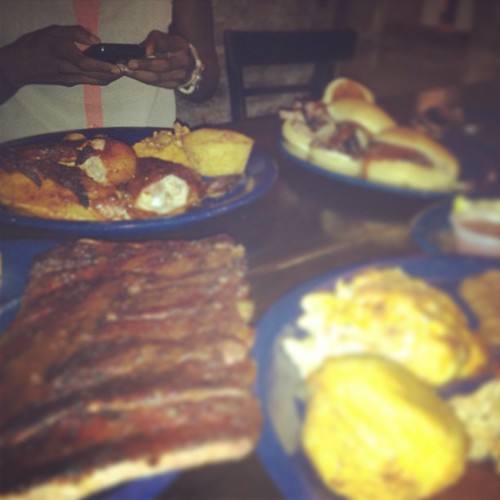 Dinosaur BBQ was only the first stop in this evening of NYC inspiration. Dhani also took us to his other New York City faves: Central Park, The Highline and Tortilla Flats. You haven’t been romanced until you’ve seen Dhani passionately discussing the gorgeous pink and blue hues of the sunset over the Hudson. Sigh. He also shared his appreciation for The Highline as a sanctuary away from all the stress in the city. Color me inspired, Dhani. (And if you’re wondering his choice pick for romantic dinner for two? It’s dell’anima. I just had to ask.) 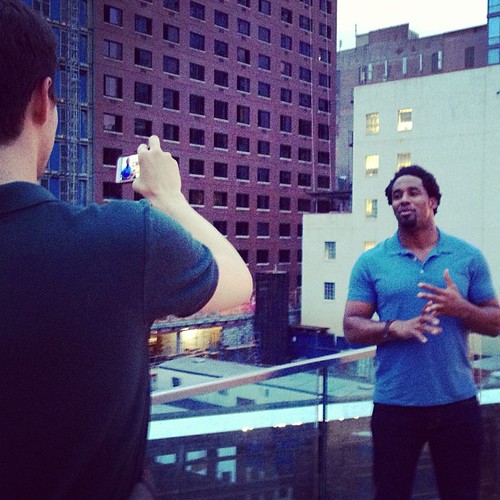 Hearing about Dhani’s favorite spots did truly inspire me to find a rekindled love with New York during a particularly rough couple of weeks. Every New Yorker has those days when they question why they live in the city. Me, I’m nursing a broken foot and getting around the city has not been easy. During my recovery, not one single person has offered me a seat on the subway, I have had numerous cabs stolen from me and I was also literally assaulted by a man who tried to pull me out of a taxi last week (I kid you not). Sufficed to say, I was in major need of some NYC inspiration! Not only did #GoInSix with Dhani inspire me to get the spark back with New York, but he gave me hope that some men truly are gentlemen when he offered to carry me through The Highline after he saw me limping behind him. Now that’s inspiring! 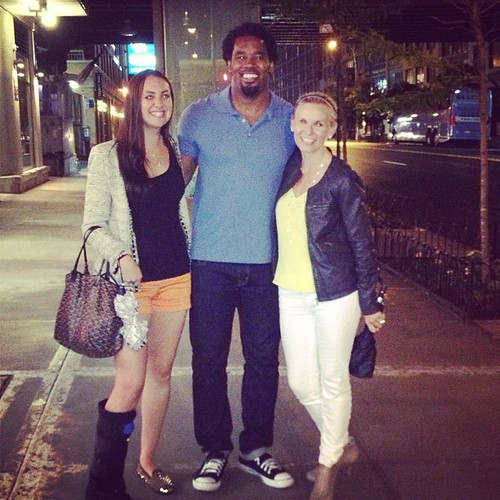 Be sure to check out Visa’s “Go” campaign’s Facebook and Twitter pages. And starting Monday, June 24, people who share the story of how they “go” through their social channels using #GoInSix will be entered to win a Visa gift card to go on their own. 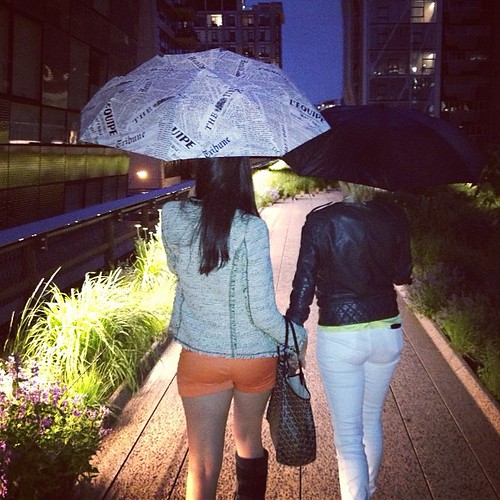 Kim Marie and I enjoying a walk at The Highline. Cue Romantic Drizzle…