Brooklyn has arrived according to…well…everyone. As unofficial home of the Hipsters and the backdrop for the hit HBO series, Girls you’ve probably been hearing rave reviews about “the new Manhattan.” I want to love Brooklyn–but I don’t. I’ve been desperately trying  to like Brooklyn for a while now, mostly in an attempt to still identify with the twenty-somethings–but I just can’t get on board. I’ve read several articles lately that say that Brooklyn is better than Manhattan due to its burgeoning and genuine culture. I’ve even heard people suggest that tourists should stay in BK over Manhattan. In fact, I receive this email at least a few times a week with potential visitors asking whether they should incorporate a visit there. Well, I’m keeping it real: Manhattan is still where it’s at. People move to Brooklyn is because  you can get more space and it used to be cheaper. Cooler than the suburbs? Yes. Cooler than Manhattan? Never. 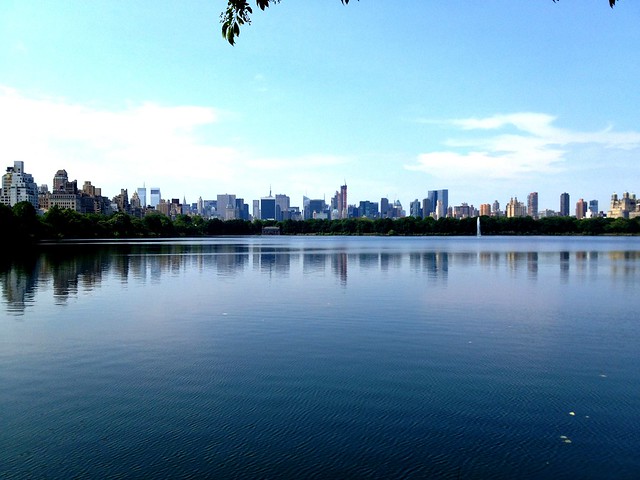 For years I have been desperately trying to forge a working relationship with Brooklyn but no matter how many times I go, no matter which neighborhood I explore–I don’t like it! And I know how uncool that is to say aloud! A vote against Brooklyn these days is akin to admitting that you would wait in line for hours for Serendipity or heaven forbid, the cast aside, Magnolia Bakery. So I’m sure many of you Brooklynites may believe that my contempt for this borough is simply because I’m not hip–but I am (despite just using the word hip). I’m just saying what I’m not supposed to–Brooklyn isn’t so cool. Yes, Manhattan may be headed down a slippery slope of commercialization but just because BK is behind doesn’t make it cool. Everything in BK sounds cool in theory when I read about it but each time I get there, I realize the restaurant, bar, or event, has been obscenely oversold. Brooklynites, you can fight me to the death to convince me that BK is as cool as Manhattan and while it IS up and coming, it just ain’t there yet! So, travelers, if you’re only in New York City for a short time, I  do not think BK is worth spending any of your precious time. 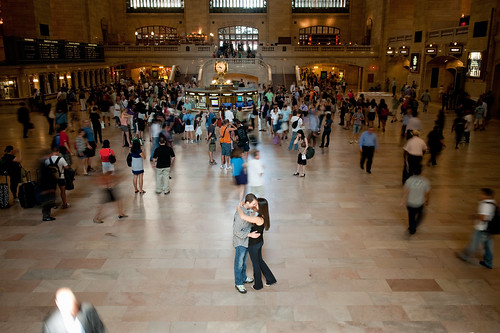 How Can You Beat Grand Central Station? 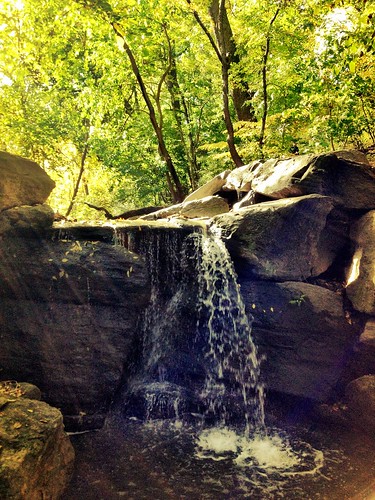 The North Woods in Central Park. Insanely better than BBG!

I have trekked down to Brooklyn from Manhattan on numerous occasions to numerous festivals, parks, street fairs, museums, etc. Every time I go, I go with the same optimism as my first trip–intent on falling in love. But alas, I do not. Each time I go I am disappointed by mediocre food or a street fair that if it was in Manhattan would be nothing more than a nuisance on my journey to wherever I was going. For some reason though, everything in BK is held to lower standards. Mediocre spots that would go out of business in a matter of months in Manhattan are classified as charming in Brooklyn.

Not too long ago, I ventured down to the Brooklyn Botanical Garden. Have you been? It’s a bootleg version of Central Park, hardly worth revisiting, which is a bummer since to avoid lines I became a member for an extra $5. Anyone want a membership pass? After just one lap around the place, my friends and I called it quits. Yes, the Japanese garden was cool–if I must say something positive, but hardly worth the commute when Central Park is around the corner. We decided to cut our losses and drown our sorrows with margaritas at Chavela’s Mexican eatery. The place was bumping so I had some hope, hell, I even waited for a table for an hour because a local outside told me it was amazing. But the second I got my margarita, all hope was lost. It was the worst margarita I had ever had. And, wanna know the worst part? It was weak. Weak! When is the last time you had a weak margarita? If that’s not a metaphor for Brooklyn, I don’t know what is. The food wasn’t great either, which made it even more mind-blowing that people were waiting so long for a table at 6:30 PM. To add insult to injury? It has a 24 on Zagats. I’m telling you, lower standards, people. The Mexican here was no better than Chipotle and that comparison is honestly a little insulting–to Chipotle (which I love). What more? Catch, one of my favorite, hip restaurants in NYC has a 23! Blasphemy! New York icon, Tao has a 24! I rest my case. 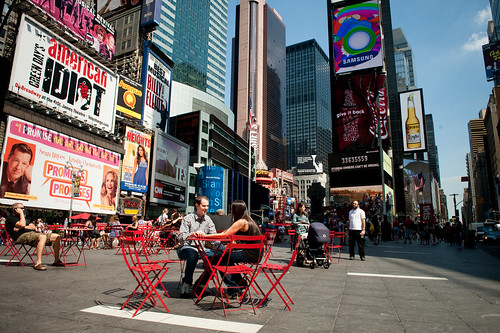 Even Times Square, the worst part of Manhattan beats BK any day!

I know what you’re going to say, maybe I haven’t been to the cool neighborhoods. But I have. I’ve been to them all–DUMBO, Crown Heights, Bushwick, Williamsburg–the list goes on. This was just my latest and possibly final attempt to make nice with BK. Brooklyn just doesn’t live up to the hype. The best part about crossing the Brooklyn Bridge (which is a cool thing to do if you must incorporate BK)  is the view of Manhattan. Even Grimaldi’s, BK’s crowning glory isn’t that great–plus you can now get it in Manhattan. The only thing I’ve found that is worthy of a subway ride on the weekend is Smorgasborg and do you know why? Because it’s a sick view of Manhattan combined with delicious food carts from around the city–including many Manhattan restaurants. 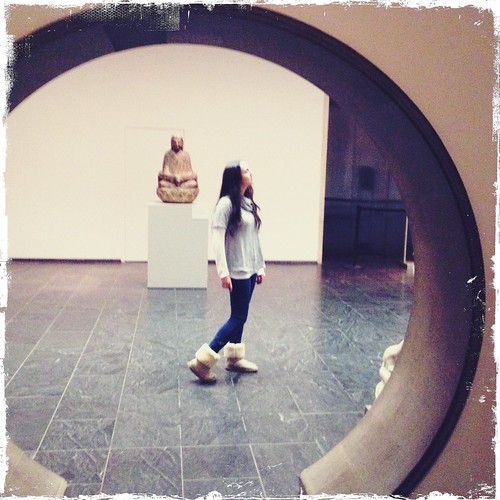 The Metropolitan Museum of Art

All of the best cultural institutions in the city are in Manhattan–from Carnegie Hall to the Metropolitan Museum of Art. You want up and coming art? Head down to the Lower East Side where local artists still exist. Did I mention Central Park, the Guggenheim, The Frick, the Moma, The Natural History Museum? All in Manhattan, travelers. 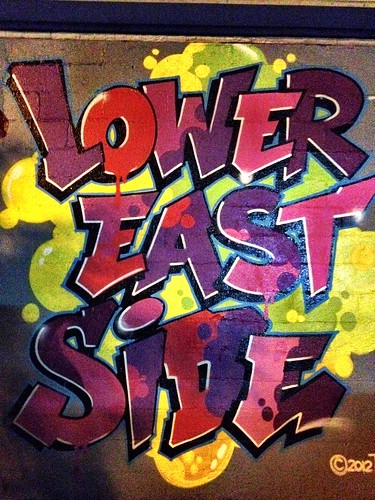 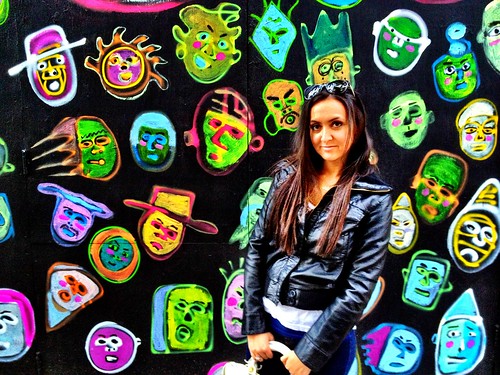 Brooklyn do not equate your relative poverty with integrity. Sorry, hipsters we’re just not on board. I can condone moving to Brooklyn if you’re choosing between the burbs and BK. After all, BK’s cultural and culinary options certainly kick offerings in New Jersey and Long Island’s butts. But don’t pretend you chose Brooklyn over Manhattan in the first place. We all know you would ditch your Brooklyn digs if you could afford a loft in Tribeca or a Penthouse on the Upper East Side. If you’re going to argue with that–you’re only kidding yourself.

So Brooklynites, let’s avoid the revisionist views of why you chose to live there and say it like it is: You came to New York for Manhattan but Brooklyn is just a bit easier and more spacious. In my opinion, it is not worthy of a visit on a rushed trip to New York. And don’t mistake my defense of Manhattan as idealism. I think Manhattan is far from perfect. It’s become overrun with chain stores and Starbucks and of course everything is ludicrously priced. But it’s the price you pay to live in the best city in the world.

Just a few of my favorite spots in Manhattan… 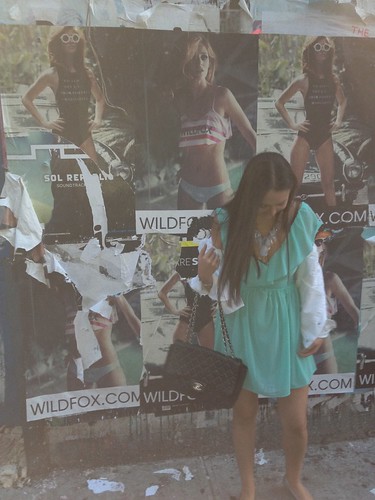 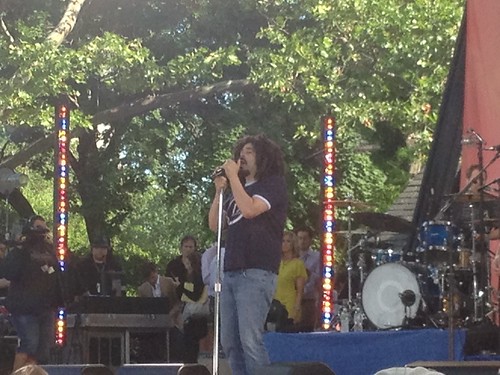 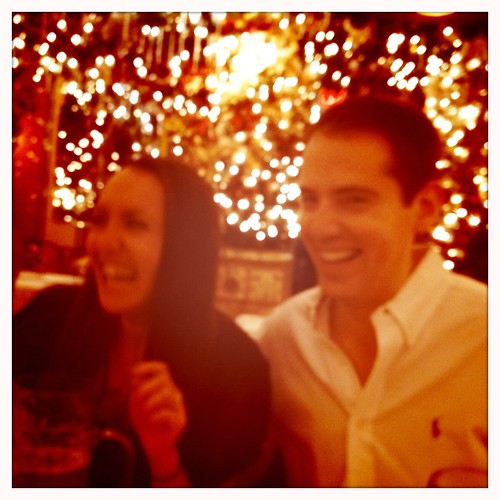 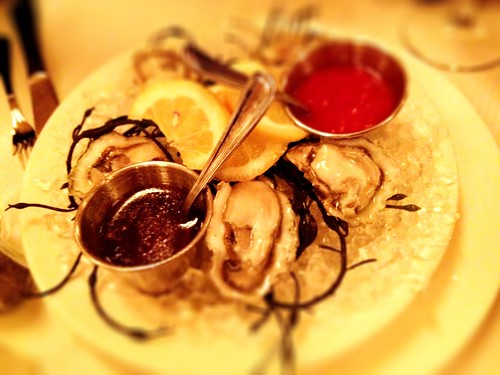 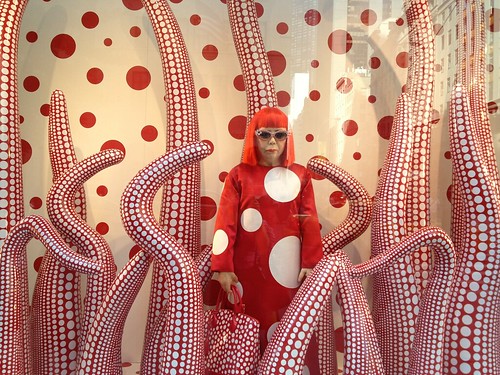 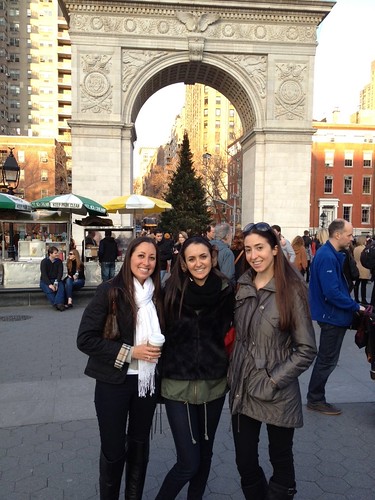 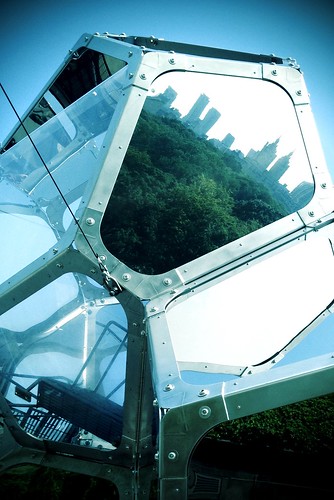 The Metropolitan Museum of Art

I love you, New York!