Home > Features & Travel Blogger Features > An Interview with the Reigning King of Family Travel: Rainer Jenss of National Geographic’s Intelligent Travel
A couple of weeks ago, I met Rainer Jenns, founder of Smart Family Travel and former VP of National Geographic. As it turns out, he happens to be my personal hero. When I think of having children, there is a certain part of me that fears that my frequent travel plans will come to an abrupt end and the party will stop. But for Super Dad (and his awesome wife), being parents is when the party really began. Rainer Jenns quit his job and decided to take a journey around the world with his wife and two sons. How cool is that? Find out what he learned along his travels in our interview with him!

How did you work up the courage to quit your job and take off with your kids for a year?

My wife & I would talk about packing up our bags and traveling around world quite regularly before we had kids (maybe that’s not so uncommon for people living in New York ;-).  As is so common the case, however, there was always a reason NOT to do it.  Careers, family & friends, and “conventional thinking” just seemed to trump our motivation every time.  After we had children, the topic didn’t come up anymore.  That all changed after a trip to Europe when the boys were 7 and 4 years old.  When we noticed how fascinated they were with being outside the U.S., it dawned on us that traveling around the world WITH the kids actually would be a great reason to do it.  In other words, giving them the gift of seeing the world at a young age would be a great foundation for the rest of their lives . . . So we committed to taking the trip shortly after that, and gave ourselves 4 years to save our money (and more importantly, wait for them to be old enough to remember the experience, but not too old where they wouldn’t want to go).  It turned out that ages 8 & 11 were perfect! 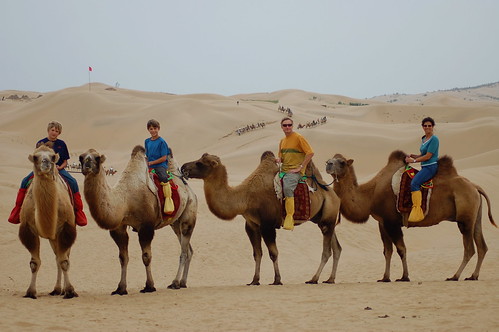 How on earth do you pack for a trip around the world?

Packing was tricky, but we all managed.  The key was to just pack the essentials – knowing that we could add or subtract items along the way.  We also planned our trip so we’d be in relatively warm weather for most of the year.  As it turned out, we probably packed LESS for our one-year trip than what we’d typically pack for a long weekend.  No kidding!  It’s actually easier than you think to pack light — if you’re forced to 😉 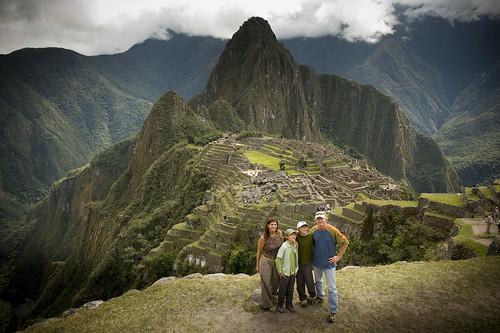 What was the most essential item someone going around the world should not forget?

Some people might disagree with me, but JEANS are a must.  Otherwise, electronics are certainly important (the more compact, the better).  I opened up an account with HSBC bank because they have more ATMs worldwide than anyone else.  So don’t exchange money when you arrive in another country.  Use an ATM for the best deals.  Also carry both an AMEX and Visa card (there are pros and cons for each, so do a little homework on when best to use them).

I know it must be nearly impossible to choose but where are some of your favorite places?

Some of our favorite places include Bhutan, New Zealand, Japan, Greece, and Botswana.  But honestly, the better way to ask (and answer) the question is where would I most want to go back to.  Phrased that way, I’d say Botswana (outside the U.S.) and Jackson, WY (within the U.S.).  To celebrate our 20 year wedding anniversary this year, we returned (with the boys, of course) to both of those places.  In some ways, they were even better the second time around! 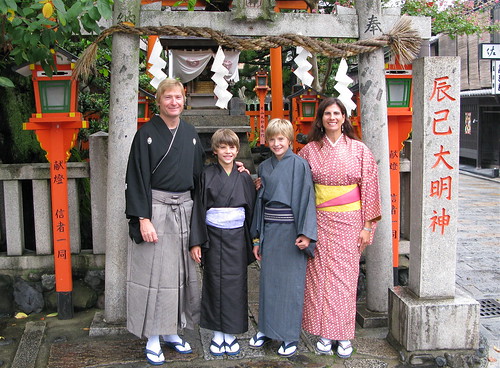 Any misadventures during the trip?

Nothing too serious.  My wife did get bitten by a scorpion (in Costa Rica).  Fortunately, it wasn’t poisonous.  I should point out that in over 12 months of flying extensively, we only had one minor flight delay!  Pretty amazing.  I can tell you that plane travel and airports outside the U.S, are, in many ways, much easier and have fewer hassles.

What were some of the most valuable experiences for you and your wife? For the kids?

Besides seeing so many amazing places, doing extraordinary things almost every day, and everything else you think about with an adventure like this, it’s important to remember that we did all this in the presence of our own company for over a year!  Being around each other that much for such a long period of time really allows you to learn a lot about one another.  For my wife and I, we realized that we had very different parenting styles.  For the boys, they actually got along quite well (most of the time) and still do to this day. 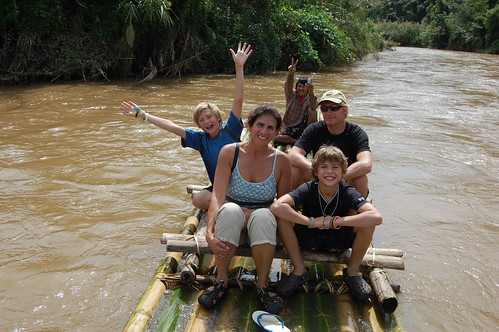 Where is your next trip to?

Next trip is to Niagara Falls, NY, where I’ve actually never been.  Otherwise, we still travel a lot together — even for long weekend getaways.  The Cayman Islands to do some scuba diving are coming up.  Next year is my 50th birthday, so we’ll do something special. Maybe Brazil for Carnival!

Would you consider adopting a 32 year-old for your next family trip?

Big thank you to Rainer for letting us pick his brain! If you want to keep up with Rainer, visit his fabulous blog!