Located on Manhattan’s Upper, upper East side is the Jewish Museum. It’s housed in the Gothic-style, Warburg mansion and will blow you away not just with its impressive exhibits but also its permanent collections of art and ceremonial Jewish objects. I’m ashamed to admit that I have lived three blocks away from this museum for nearly four years and only recently visited. I’m not quite sure what kept me from checking it out but I’m super glad I have now!

My interest in visiting the Jewish Museum came after hearing about two exhibits, one entitled Chagall: Love, War and Exile, and the other Art Spiegelman’s Co-Mix, a Retrospective. The Chagall exhibit touched on some of his grimmer works and depicted a lesser-seen, tortured side of the artist–from his time in Russia when Stalin turned against the Jews, when he had to escape Nazi Germany and flee to France and ultimately New York, to the death of Bella, the love of his life. The exhibit was masterful. And the Spiegelman retrospective about his entire career was equally as interesting.  Spiegelman’s best known for Maus, his Pulitzer prize-winning graphic novel about his parents’ survival of the Holocaust, but he has also produced an inspiring amount of work. The walls are covered from top to bottom in early comic book drawings to his brilliant covers for The New Yorker. 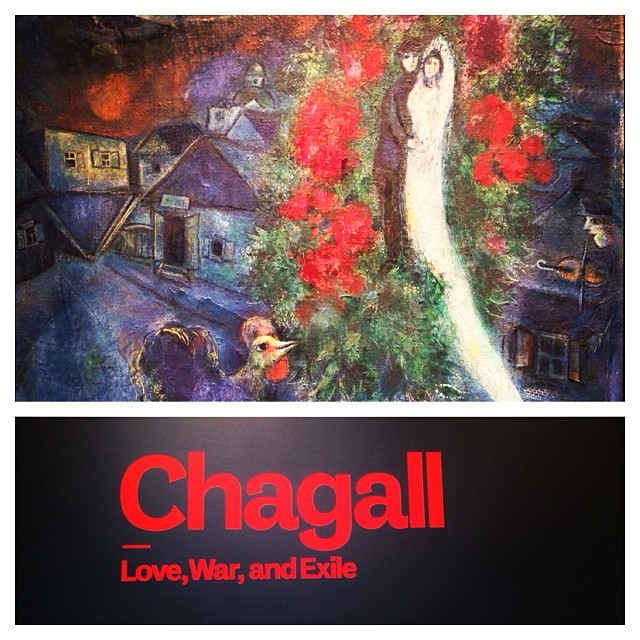 While unfortunately the Chagall exhibit has ended, the Spiegelman exhibit remains through March 23rd, 2014. Additionally, the permanent exhibition Culture and Continuity: The Jewish Journey showcases nearly 1000 objects as well as sculpture and contemporary art from artists like Elie Nadelman and Marc Chagall and Man Ray.

I was pleasantly surprised by how contemporary the museum was, there were plenty of interactive exhibits and even some modern art like Claire Fontaine’s Using Walls, Floors, and Ceilings exhibit in the museum’s lobby. The museum serves to aid in understanding how the Jewish people have thrived for thousands of years, even under terrible and tragic circumstances. In addition to art exhibits, the museum also offers performances and The New York Jewish Film Festival. If you’re looking to check out a new and interesting museum in New York City then I highly recommend visiting the Jewish Museum. Have you been? What did you think? Let me know in the comments!