Home > Bahamas > Win a Free Destination Wedding in the Bahamas Plus Find Out the Perks of Having One!

Who doesn’t dream of saying their wedding vows somewhere glorious like the Bahamas? My sister got married in the Bahamas and it was just perfect! The weather, the beach, the people…I want to go back now! I got married in the city where I am originally from, Cleveland and it was lovely. But destination weddings have so many perks–you are essentially on vacation with all your favorite people–a once in a lifetime experience! Plus, as a travel enthusiast (obvs), how could I not think that a destination wedding was something magical! And for some reason they are so much less stressful to plan–Trust me, my sisters and I all got married within 6 months of each other and my youngest sister (the smartest) had far less wedding-related stress than I!

A friend of mine, Noah over at Somewhere or Bust (bio below) recently visited the Bahamas and after seeing his pictures I am dying to go back. He reminded me why destination weddings are awesome and also clued me into a fab giveaway–the Bahamas are giving away a wedding! Yeah, crazy right!? So let me hand it over to Noah, my friend who explains why destination weddings are a must from the male perspective–and then we’ll give you details on how to enter this fab giveaway! 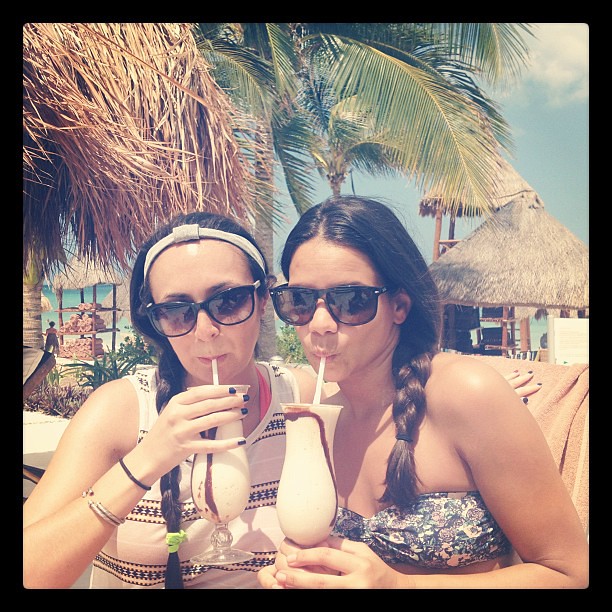 Too Much Celebrating with Mrs. Somewhere or Bust at Mexico Destination Wedding

Before I got married, I was interested in a destination wedding. It would grant a jump-start to the honeymoon; it would eliminate the guests who, let’s face it, were only going to impede my advance on the raw seafood bar during that magical day; and it would transform a one day affair into a better-part-of-a-week celebration.

But in the battle that is wedding planning, I entered into the discourse like an inept gladiator tossed headlong into the Coliseum only to find his shoelaces tied–forgive the anachronism–while a lion charged and ended his struggle. (I’ll get in trouble for giving the particulars here and equating an new family members with lions, so I’ll let you fill in the blanks. Just note, my wife was anything but a Bridezilla.)

Instead of marrying abroad, we enjoyed our nuptials on Long Island, where we’re from. It was a beautiful affair and none of it would have come to fruition had it not been for our family. My wife and I are travelers and still managed to sneak in a ten-week honeymoon after the wedding and we turned our one special day into a weekend of festivities with our best friends. However, for the record, I did only sample two mussels–TWO!–during the entire cocktail hour. (Honestly though, if you were a guest at my wedding that happens to be reading this, I really loved having you there.) 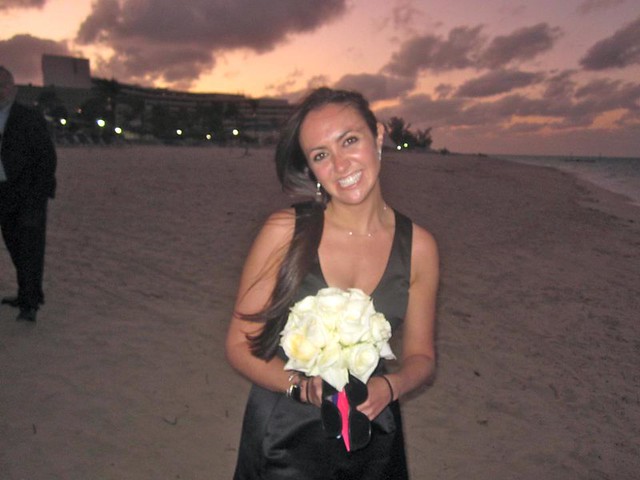 Despite the incredible memories of our wedding day, I still believe in destination weddings. A few months after our wedding, we attended one in Mexico (along with Travelingpanties, in fact). The trip included everything that I had and had not envisioned: from a four-day party to flip-flops stations, allowing guests to go barefoot in the sand during the ceremony. (I’m sure my wife will testify that my vision was pretty limited, as I miserly/practically attempted to eliminate everything from flowers–“They’re just going to die and we don’t want anything related to death to stand symbolically at our wedding.”–to formal attire–“No flip flops? Fine. How about Converse?”) Most importantly, I ate two lobsters–TWO!–and that was an appetizer.

After returning from the Bahamas earlier this month, I feel it is my duty to tell all engaged couples how they can have a destination wedding for free. We’re talking free airfare, hotel stay, reception, cake, tuxedo, gown, rings, the works and it’s in the Bahamas. What’s the catch? (Nothing. It’s called marketing. Well, there’s one catch: they’ll only pay for four people. But it’s still a phenomenal deal.) The promotion is called 16 Islands, 16 Couples, One Priceless Day. The title explains the event quite well, so I’ll just sum it up for you here: sixteen islands will host sixteen weddings at 16:00 hours on the 16th of January, get this, in the year of 2015. (Oh well. They tried.) All you need to do to enter is be engaged, live in America, and tell your story. A video or photo, and a 100-word written plea is all you need. Go here to register. Sixteen lucky couples will be chosen to say “I do” on the island of their choice–that means breathtaking sunsets, soft white and pink sand beaches will make your wedding dream come true. ENTER NOW through June 13th, 2014. Click here to view the Terms & Conditions for the contest.

A big thank you to a great friend for letting us know about this fab giveaway for travel enthusiasts and bride and groom-to-bes alike! And I can personally attest to the fact that you don’t want to come between Noah and food during cocktail hour!

Noah Lederman writes the travel blog Somewhere Or Bust. His travel writing has appeared in the Boston Globe, the Chicago Sun-Times, Islands Magazine, the Economist, and elsewhere. While he’s not much of a romantic, as proven by this article, one of his most popular blog posts features the best honeymoon resorts in Bali. He also wrote a book about his honeymoon misadventures in Southeast Asia, which you can get for free by signing up for his infrequent newsletter. Follow him on Twitter and Facebook.