Home > Festivals & New York City > Why the Beer, Bourbon and Barbecue Festival Is So Great–Even for Ladies and Couples!

I know when you hear Beer, Bourbon and Barbecue it doesn’t exactly scream romance, so what I’m going to tell you might surprise you. The Beer, Bourbon and Barbecue festival is the most fun festival in New York City to date that I’ve been to–and one that not just a group of guys can enjoy! Now, it goes without saying that if you’re a prissy girl who will only eat salads and drink champagne, you are not going to like it. But if you like to eat and have a palate for beer or hard cider, then your husband just might think you’re the coolest wife in the world–as I like to think mine does. The Beer, Bourbon and BBQ Festival is a fun day of eating, drinking and music. Sidenote, if you’re a single girl–this is where you want to be. The place is crawling with groups of guys and virtually no women. Just sayin… 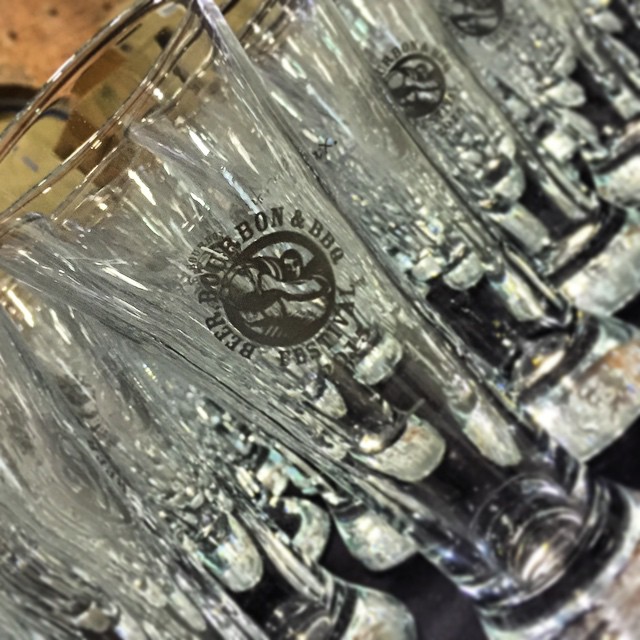 So, if you’ve been to my site before, you’ll know that I try to really take advantage of New York City and have found that sadly, most of the so-called festivals are pretty pathetic. Last year I attended a wine “festival” in Times Square and it was so bad that we left halfway through to go pay for drinkable wine elsewhere. But as usual, I digress. 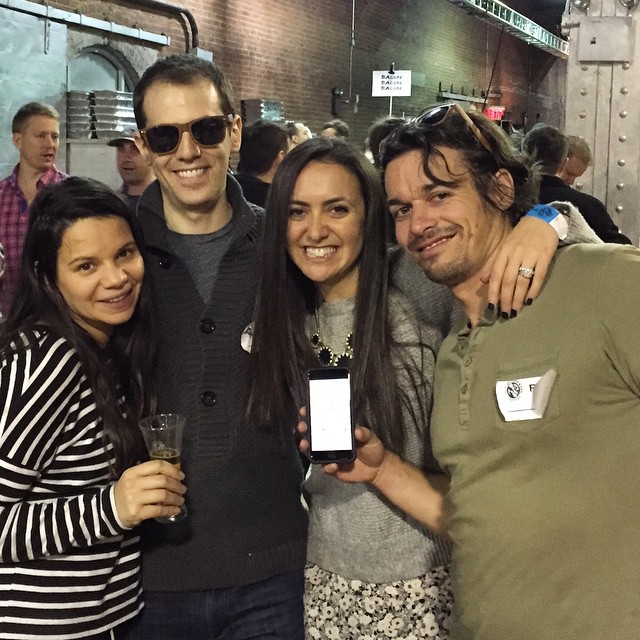 The Beer, Bourbon and Barbecue festival truly impresses me each year. It’s incredibly well-organized, well-attended and has great vendors. This year marked its sixth year. There was live bluegrass music throughout the day and even a bacon eating contest to boot! It really turns into quite the party. And even though it’s quite crowded it’s manageable and still easy to get around and find some room to enjoy your booze/BBQ! 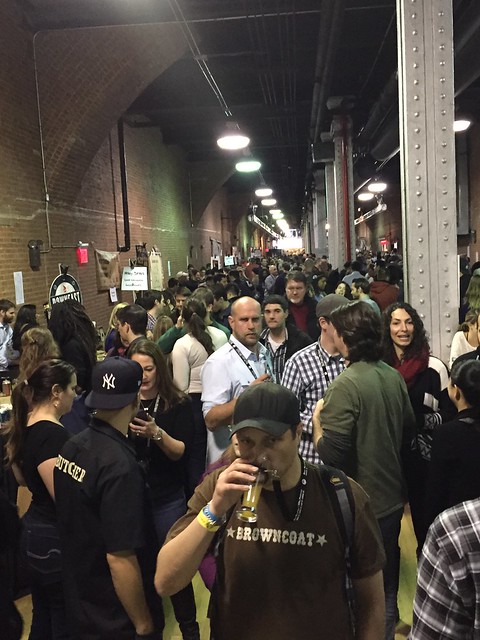 The day was broken down into three sessions: the first was The Bacon Bash, the second was The Whole Hog Pig Pickin’ Session. Each of these were half-day sessions. Then there is a mega-session, which went from 12:00 to 9:30 at night. Bless the brave souls eager enough to take on The Grand Poobah Chicken N’ Biscuits session!

All of the sessions included unlimited food tastings and even more importantly–alcohol is included, too. Your admission buys you a sampling glass so you can enjoy an unlimited sampling of beer and bourbon. This year the bourbon and beer selection was quite impressive with tons of craft beers and unique bourbons Some “bourbons” were a little fast and loose with this categorization but I loved trying these fun sweet and unique additions to the festival anyway. 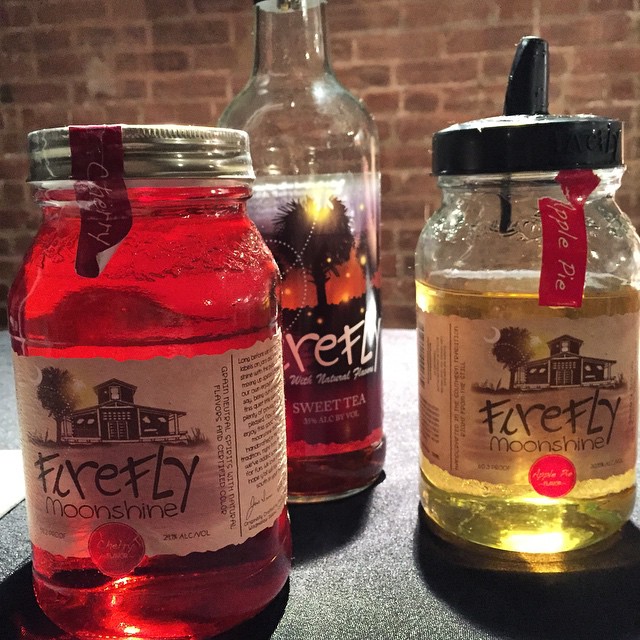 We sampled some Firefly Sweet Tea Vodka as well as some fruit flavored Moonshine by Firefly as well. 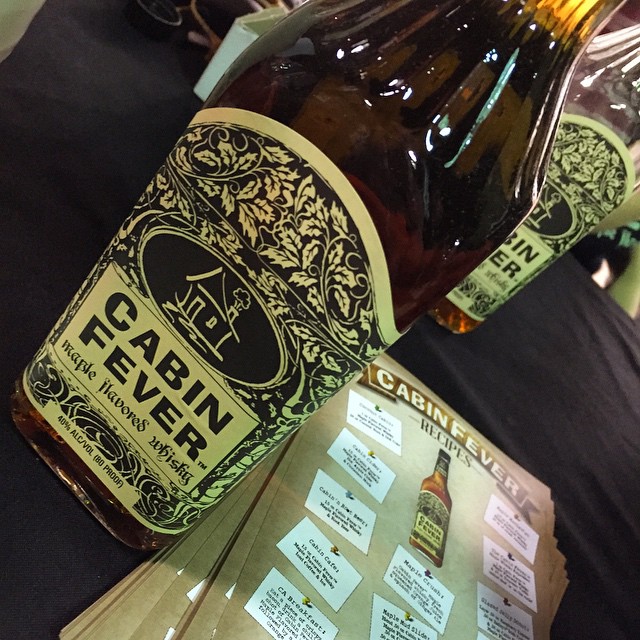 And this maple flavored whiskey by Cabin Fever was insanely sweet but so amazing–and still strong. If Will Ferrel were to get drunk in Elf, this is certainly what he would have been drinking.

All sessions included food tastings that were inclusive and also the chance to purchase items like pulled pork, ribs and even donuts. We tried to hold out and only eat the included items but we were powerless to these donuts! Donuts covered in bacon? Yes, please!

The cost of admission varies from one session to the next but started at $99. Several seminars are held as part of the festival’s events as well if you’re into that kinda thing.

There are vendors from all over but I love trying local spots that come showcase their delights that I otherwise may never have tried. I truly felt like I tasted everything. And it was worth every calorie! Here were some of our favorite vendors (in addition to those mentioned above). 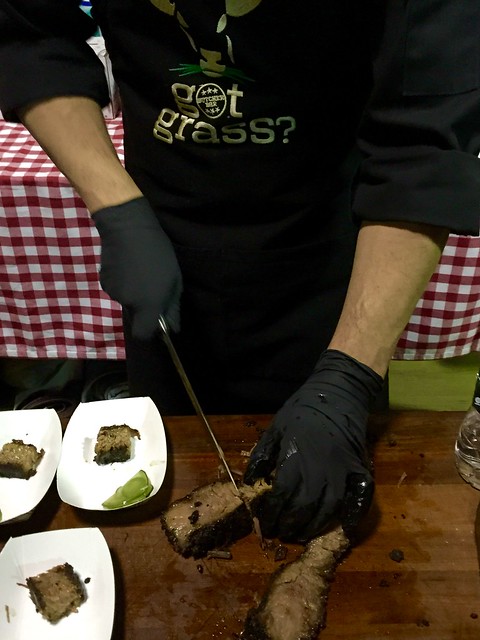 My absolute favorite thing I ate at the entire festival were the Double-Smoked Beef Burnt Ends at Butcher Bar, which is located in Astoria! They were fantastic. 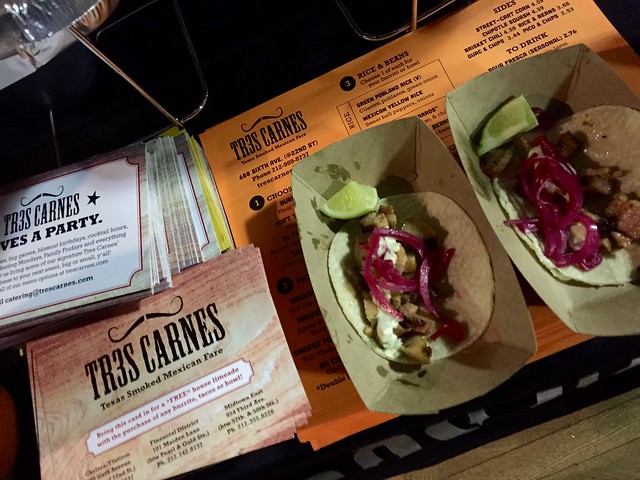 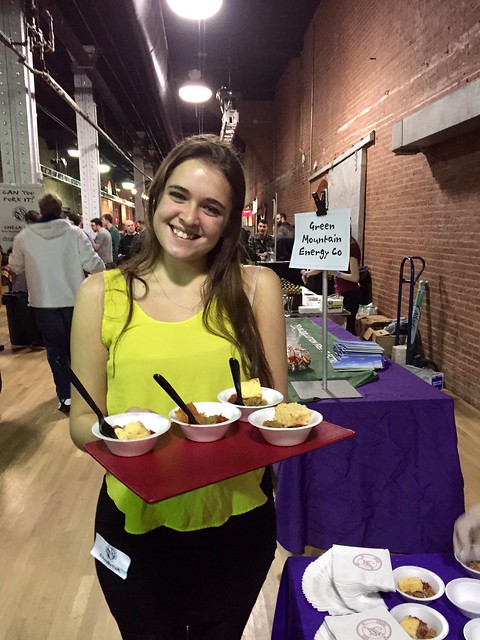 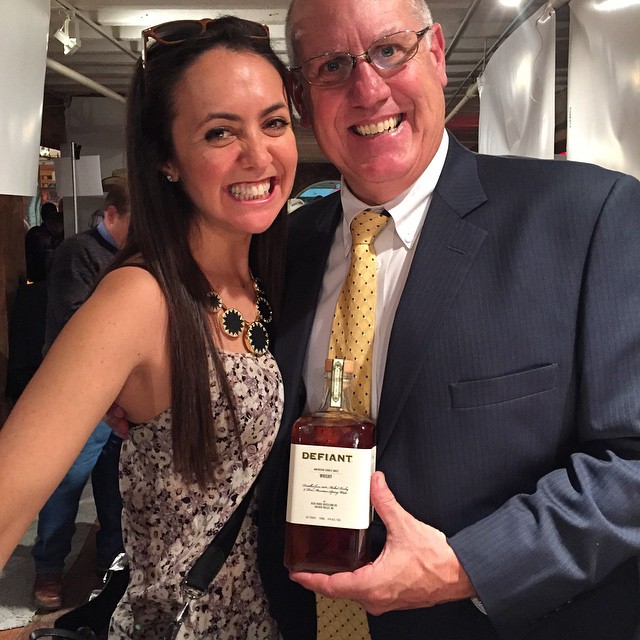 Defiant Whiskey. Oh and how we loved their rep! 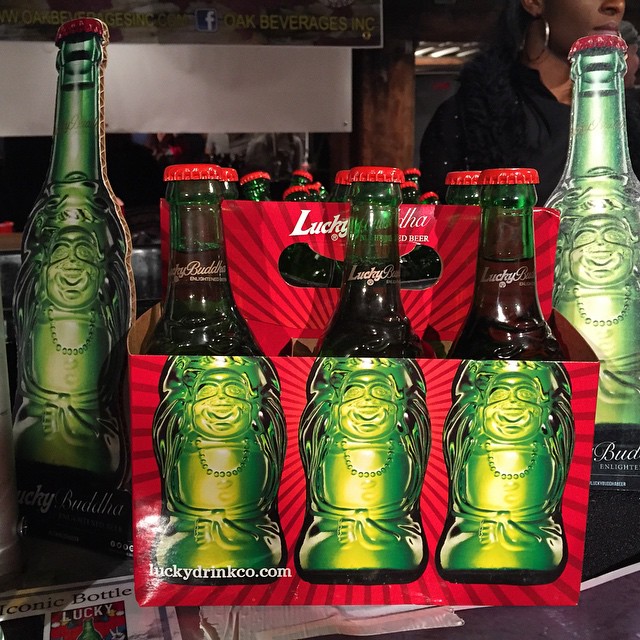 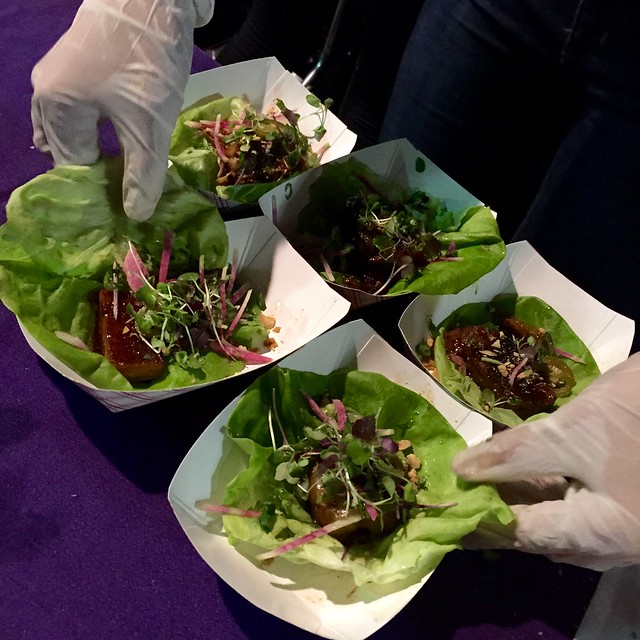 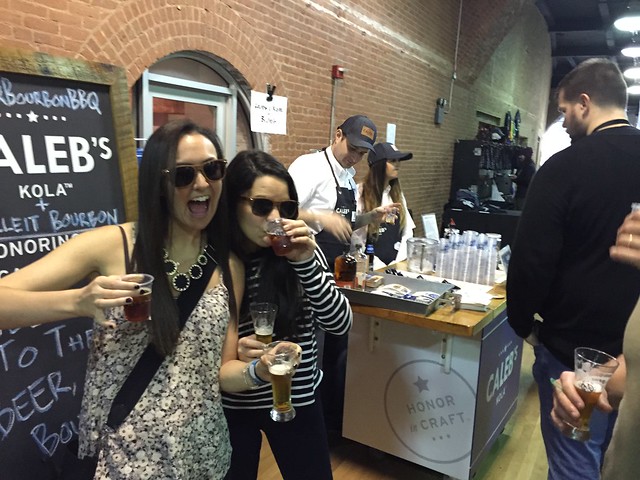 We loved Caleb’s Kola! Even more so when they added Bulleit Bourbon! 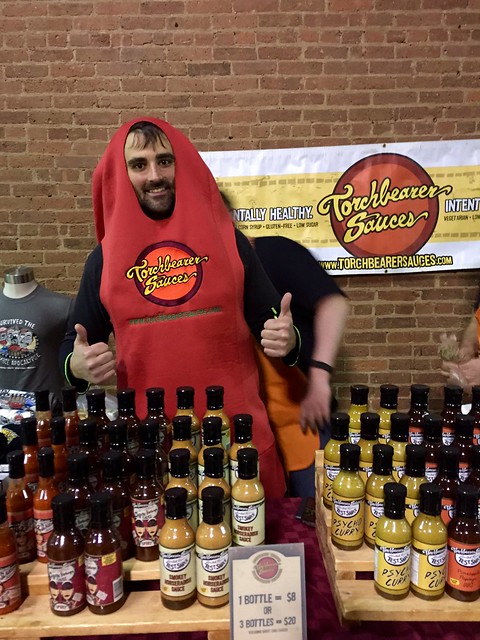 As for sauces, we loved Torchbearer! Some were just tasty but others were cause for a sprinkler to go off they were so hot! 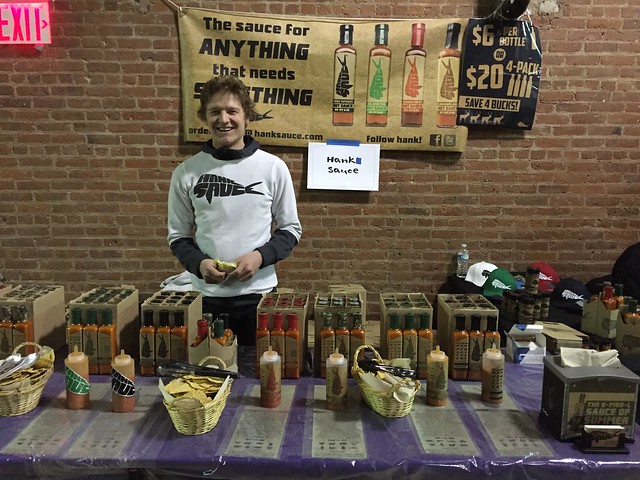 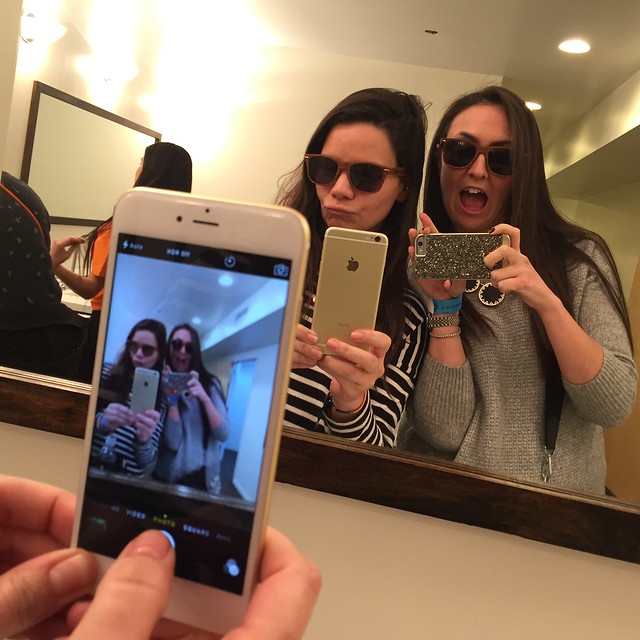 See, even girls can have fun!

We all had a fabulous time. For more information about the Beer, Bourbon and BBQ Festival, be sure to visit its website. They host ’em all over the country so check and see when they’re coming to your town! 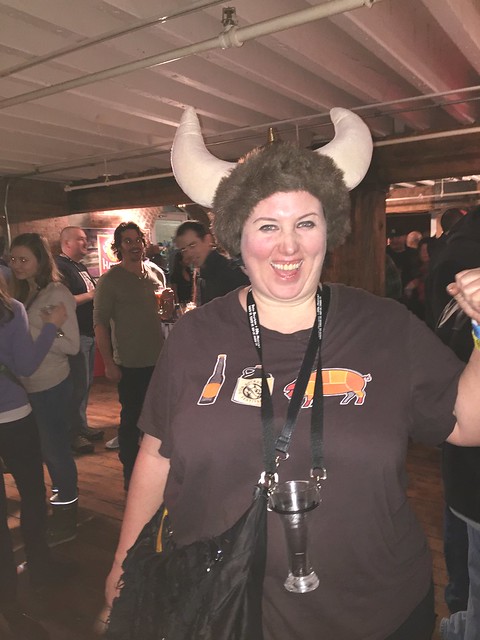 I was given a media pass to this fabulous event but I plan to go for the rest of my life. It’s one of my favorite days in New York City!