Home > New York City & Things to Do > The Latest Trend in Immersive Theater: @BBQFilms Brings Your Favorite Films to Life

If you’re anything like me, you’re obsessed with the new trend of immersive theater! If your’e a regular on my site you can probably tell from my posts about Sleep No More and Queen of the Night how much I enjoy these type of things. But while I love having these new experiences, I love what BBQ Films has been doing to recreate the experience of some of my favorite films. I spent most of my adolescence watching and re-watching my favorite movies (Clueless, Empire Records, the list goes on). And now thanks to BBQ Films, a production company that creates immersive cinematic experiences, I was able to experience my favorite film like I only dreamed. I warn you now that if you’re not a total geek like me that you won’t like this sort of thing–but if you are then you’ll be jumping up and down by the end. 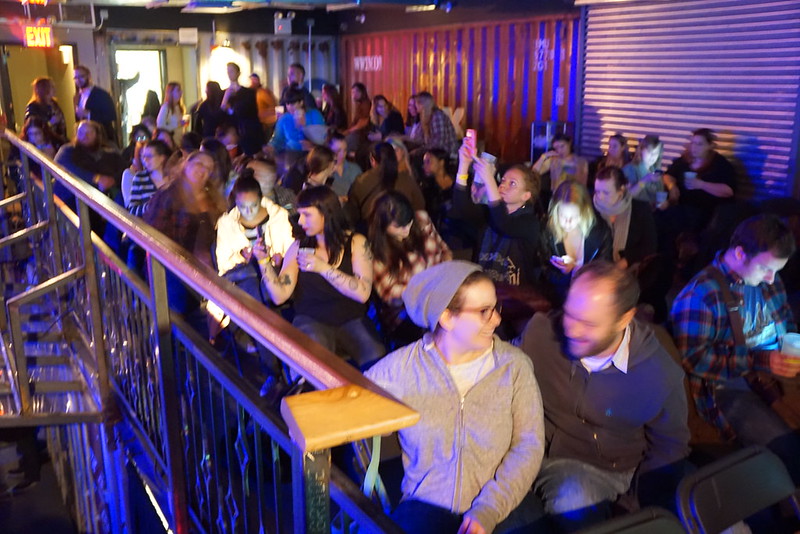 BBQ Films’ interactive movie experiences so far have chosen to produce events around some of the biggest 80’s cult classics like Teenage Mutant Ninja Turtles, Weekend at Bernie’s and the latest–Empire Records (tickets sold out within minutes). The party starts with a themed cocktail hour on a recreated movie set so elaborate that you’ll feel like you stepped right into the screen. Then there are actors who impersonate movie characters that wander the event interacting with guests. At the Empire Records event guests partied with Lucas, his couch cushion and the entire gang! There were also live bands, a DJ, a photo-booth, button-making booths, raffles and even a head-shaving station (the first five people to do it drank for free!)  And that was before the film even began! During the showing of the movie you can expect a rowdy and very lively crowd to sing, dance and speak with the screen. Realize that if you haven’t seen the film none of the above makes sense to you, but just know that it essentially recreated the movie and brought it to life perfectly. Gabriel Rhoads and wife Lauren Lickus founded BBQ Films but while they may be the brainchildren behind it, movie selection and details are vetted through an advisory panel of over 150 (spirited) volunteers. Along with this panel of movie buffs, they make sure every detail is just right. 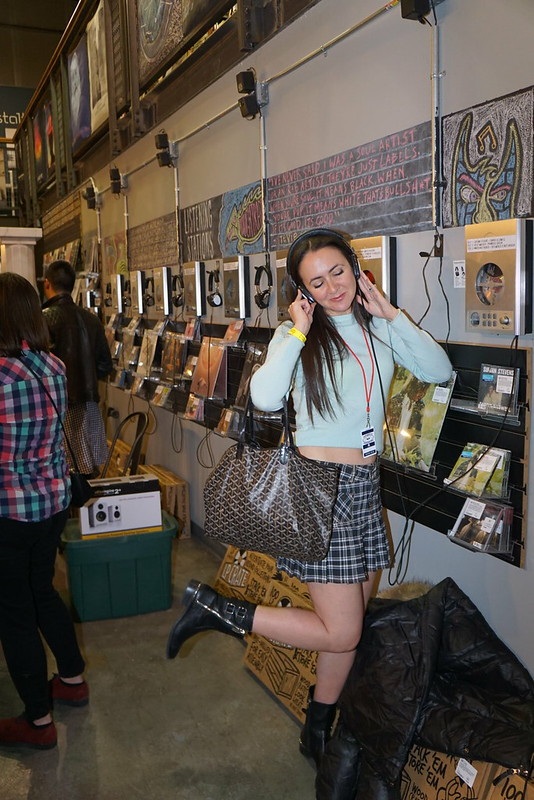 The Empire Records events celebrated 20 years since the cult classic’s release (they ended up extending the event for 3 nights to accommodate fans). The event was held at Rough Trade in Brooklyn, which was transformed into the iconic Empire Records store. There was also an appearance from Gwar (hardcore Empire fans know exactly who this is!) and Ethan Embry (Marc from the film) Johnny Whitworth (AJ) was also there for a couple of the nights. There were even party favors: an autographed Rex Manning poster.

After this experience, nothing will ever be the same. Interactive theater is definitely the only way to see movies. This has spoiled me so! Don’t live in New York? Don’t worry! BBQ plans to take the show on the road later this year with a national tour.  For more information about upcoming shows, check out BBQ Films online. Here are a few of my favorite photos from the evening! 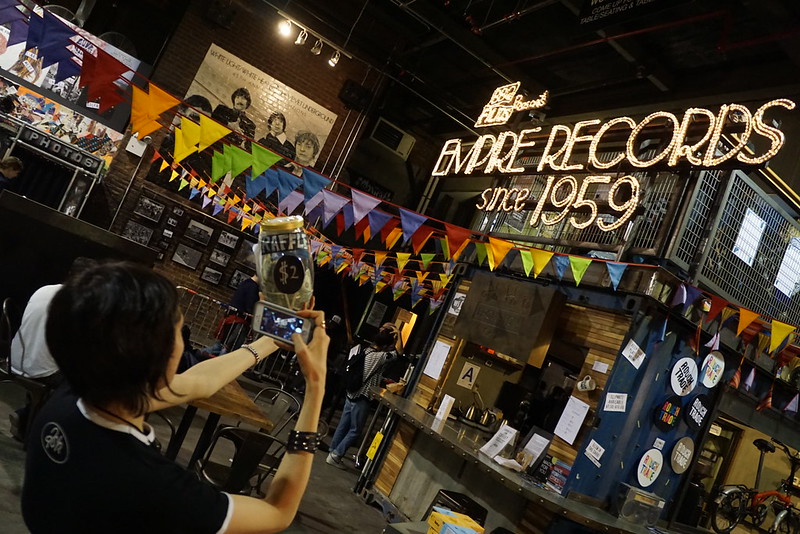 Living it up in the photo booth! 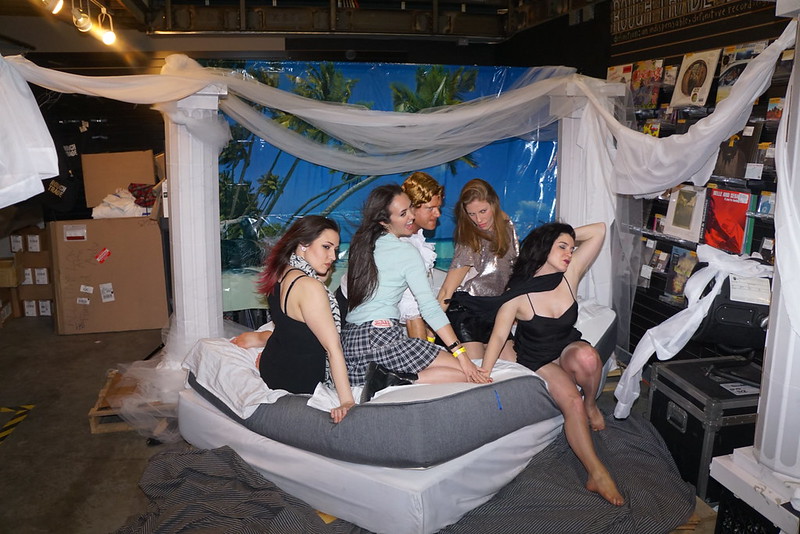 As if I would ever lose these long locks… 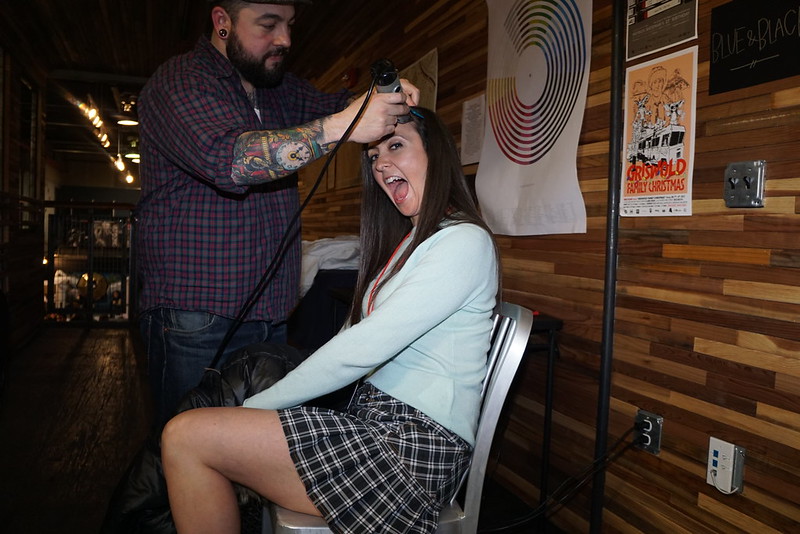 Remember this pose from the film cover? Yes, she walked around doing this all night. And it was awesome. 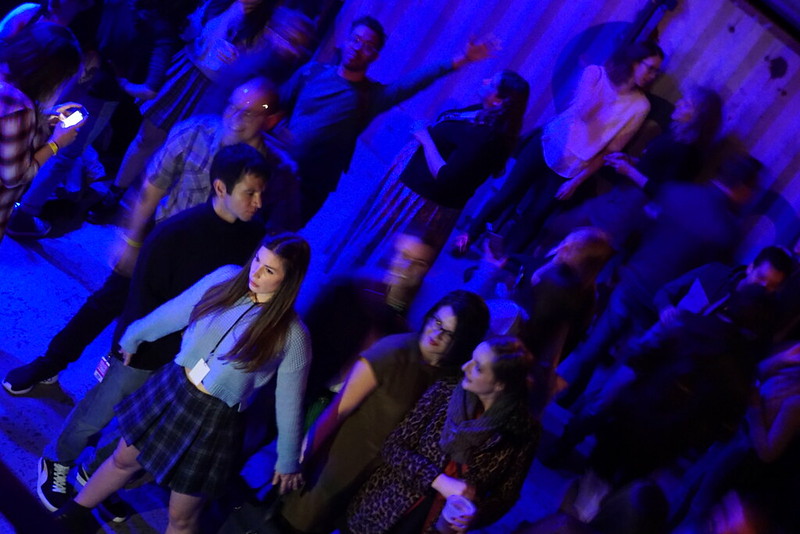 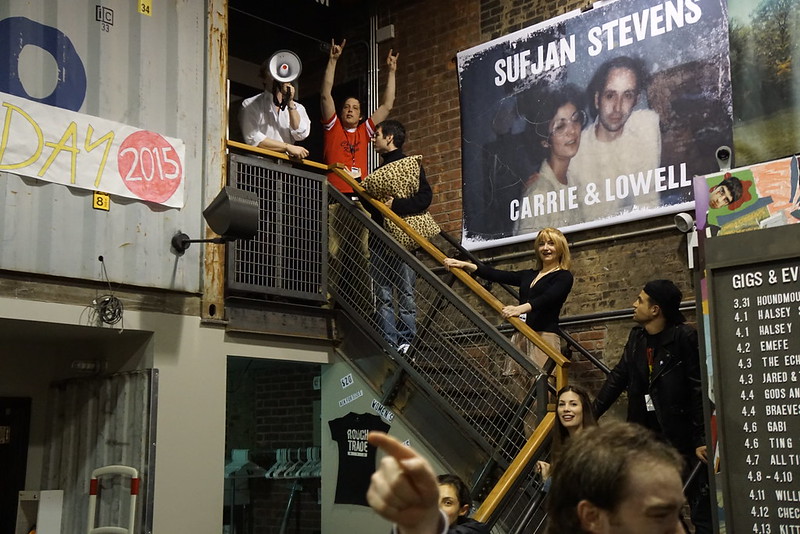 Even the DJ was taking pictures. 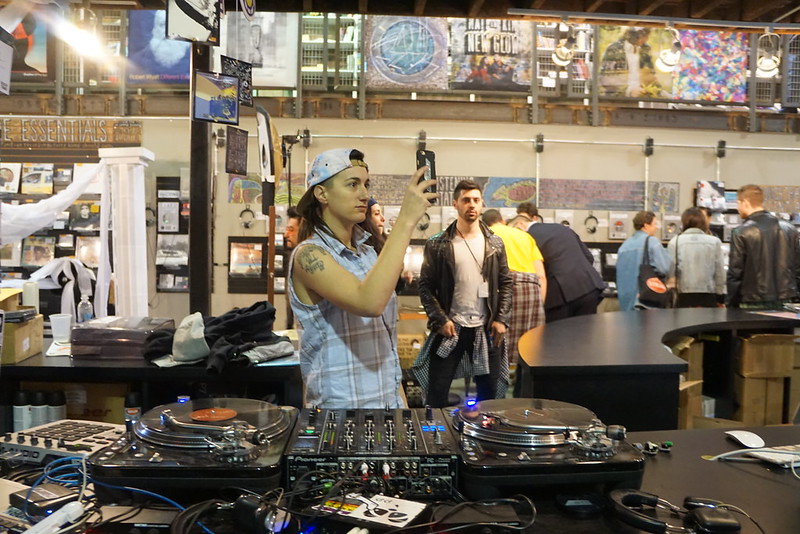 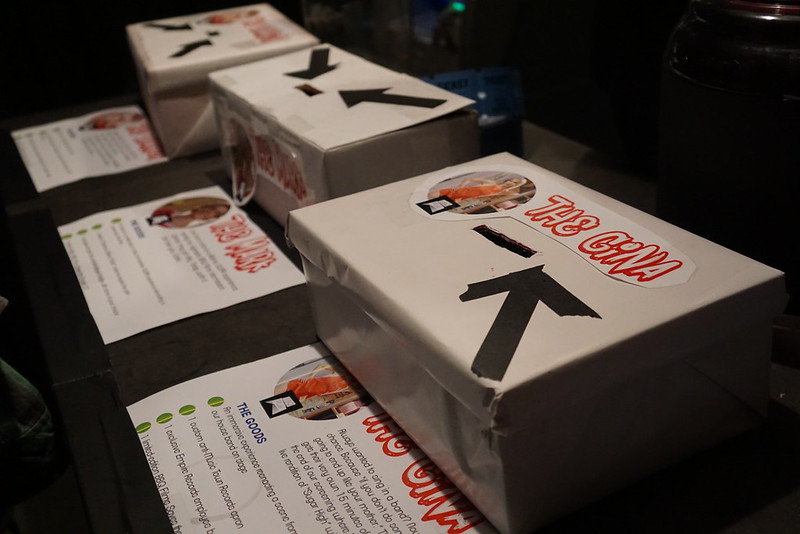 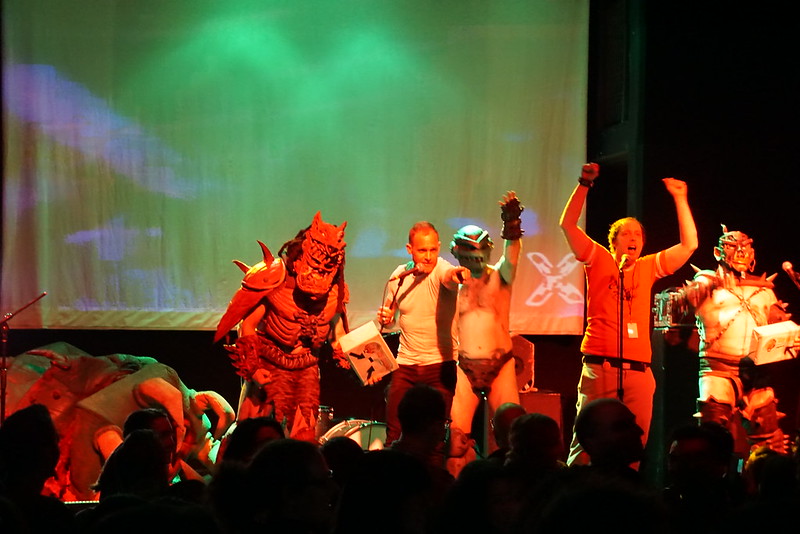 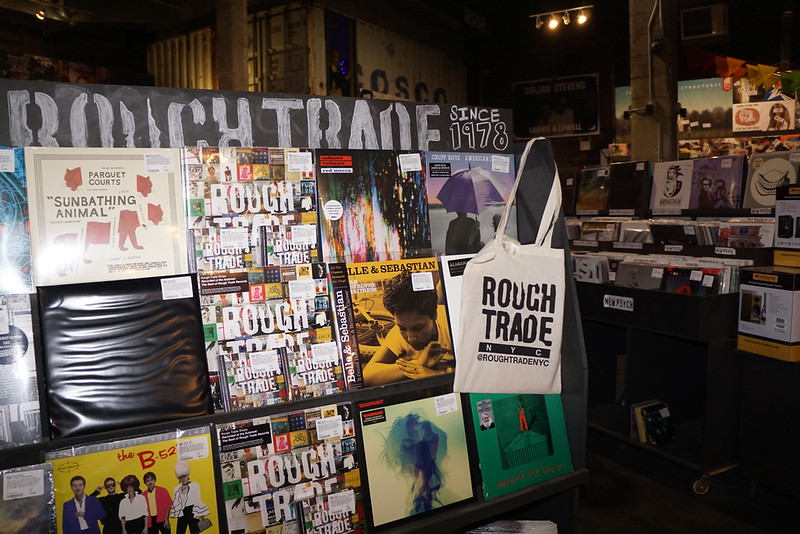 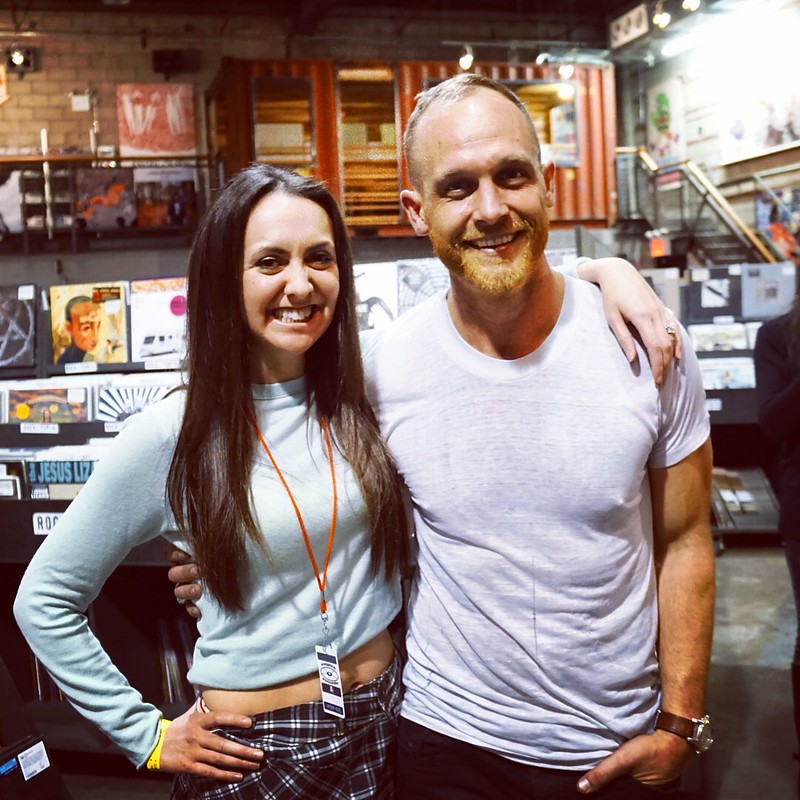 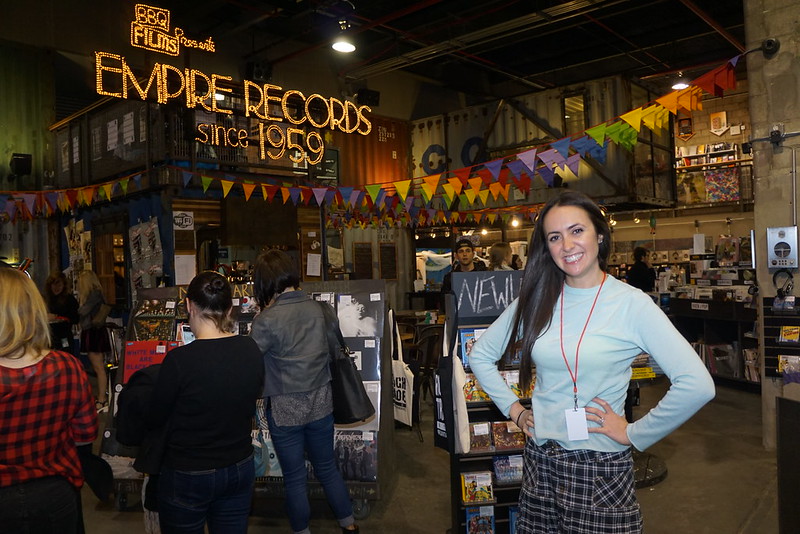 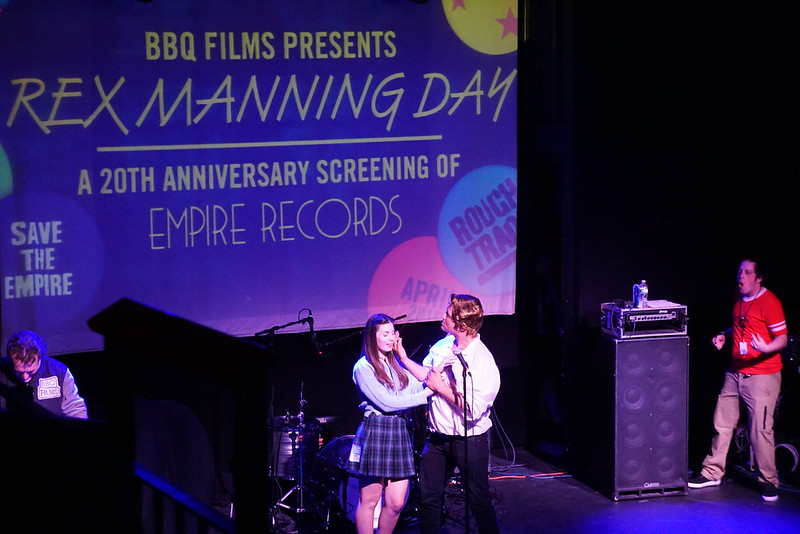 I was given press passes to this event for purposes of reviewing it on my blog. And when I say I was given, I literally had to beg because the event was SO sold out. I just knew that my readers would LOVE learning about it!