*Since this story was published, the Four Seasons has opened with grand success. You can read our extensive hotel Review of the Four Seasons Resort Orlando at Walt Disney World. It’s everything we thought it would be and more!

I was so honored to be among the first media to tour the Four Seasons Orlando in Disney World. I put my hard hat on and got a closer look at what looks like is going to be an incredible hotel.  There are so many things to be excited about, I thought I would share a few with you! 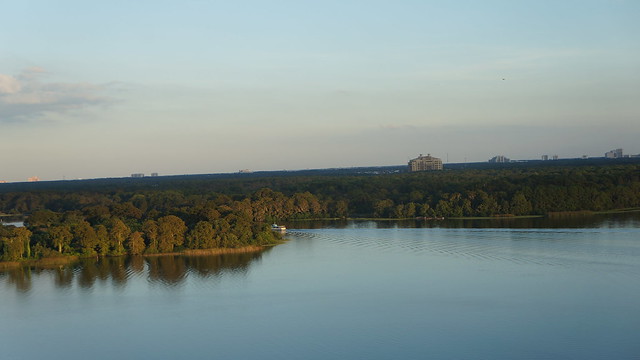 Although the hotel itself is still quite a bit away from its opening in July 2014, I was able to ask all my questions to their very knowledgeable staff. Here’s a taste of the offerings at Four Seasons Resort Orlando at Walt Disney World:

Something that both parents and kids will enjoy is the Four Seasons’ complimentary children’s program, Kids for All Seasons. You can leave your children with responsible Four Seasons staff during your stay and they will make sure that your child has the time of his/her life (though you must stay on the Four Seasons property). This will give children a chance to mix and mingle with other tots, make friends and enjoy an awesome day away from Mom and Dad. During this free time, parents are free to relax and unwind at the Adults Only Pool, where of course friendly staffers will bring around cool towels, Evian spritzers and snacks.

Recreational Facilities Sure to Impress

The whole family will have a blast at the property’s lazy river ride, climbing wall and splash pad, which will feature awesome walls of water, fountains choreographed to music, water canons and two clear water slides so you can watch your kids from below having the time of their lives (all located at the Family pool).  The Four Seasons’ recreational facilities will also feature pool tables, ping pong and even a video game center with the latest games as well as TVs and couches to relax on.  There will also be a 24-hour accessible fitness center with plenty of classes available for fitness buffs, a Tom Fazio-designed Osprey Ridge Golf Course for golf addicts, and a state-of-the-art spa with outdoor relaxation areas for both men and women looking to luxuriate. 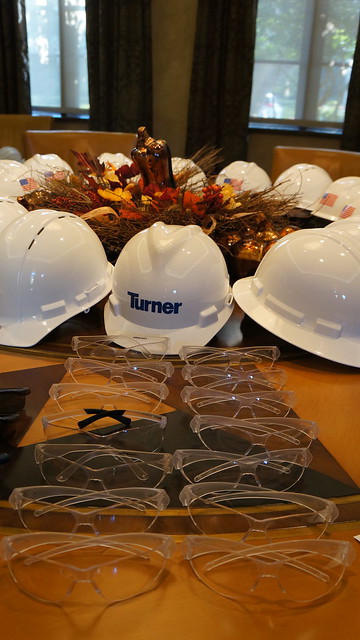 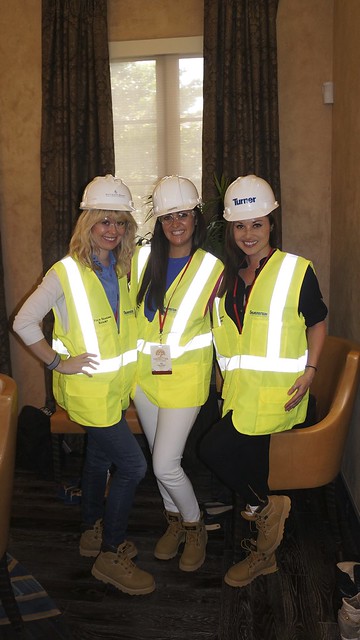 I had a chance to check out the model room at the Four Seasons Resort Orlando at Walt Disney World and I can assure you that they are dependably Four Seasons’ quality, with the signature Four Seasons bed, a spacious balcony, a seating and work area, a nice closet (with plenty of storage for a whole family), and a beautiful bathroom. The rooms have a contemporary design with modern touches. In true Four Seasons fashion, they are simple and uncluttered with neutral colors and touches of bright blue. The rooms feature a bedside tech panel that will let you turn down the lights or ask for privacy or to make up the room without even getting up. 80% of the hotel’s rooms will have a king bed and a queen size sleeper, which will comfortably fit a family of four. However, guests also have the option to purchase connecting rooms. There is a door outside of every  two rooms that can be locked to link the two adjacent rooms (this does away with that ugly door within the room feature).

Rooms will feature either a view of Golden Oaks’ luxury living community or the Disney theme parks. The park-side rooms that are above the tree line (floors 6-17) will have views of the fireworks at the Magic Kingdom. The bathrooms are spacious and feature marble, a spacious glass-enclosed shower, a deep soaking tub, a large marble vanity with dual sinks and a separate water-closet. There is also a television in the mirror and Bose speakers built-in to the ceiling.

Room amenities also include a laptop safe, a Nespresso machine (unless something cooler comes out by opening), and a fridge (guests can call ahead and have it stocked with whatever you would like). There will not be anything Disney related incorporated into the décor that I know of at this point. The only true Disney connection will likely be a Disney Guest Relations desk in the lobby so that guests can book Disney experiences seamlessly from the hotel. There will be a children’s welcome amenity though that I  suspect will be some sort of Disney toy.

The hotel will feature three restaurants to choose from, one of which will be Capa, a rooftop steakhouse that will offer the most incredible views of the Magic Kingdom’s fireworks spectaculars (rather than looking up, guests will look out to the show). There will also be an al fresco option that will feature southern barbecue that you can enjoy by the pool. Finally, there will be a Mediterranean option, which will be the hotel’s all day restaurant and will serve a breakfast buffet, a la carte breakfasts, lunches and dinners.

Rooms are expected to start at about $595. For more information, visit the Four Seasons Resort Orlando at Walt Disney World online. 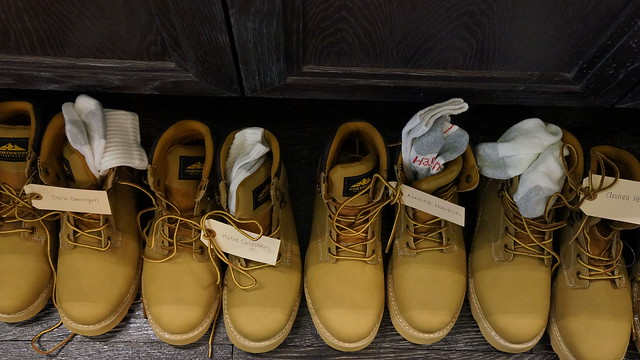 Stay tuned for more information about the Four Seasons Resort Orlando at Walt Disney World. Again, so honored to be able to visit this property among the first media. Check out our fabulous company and our snazzy outfits 🙂 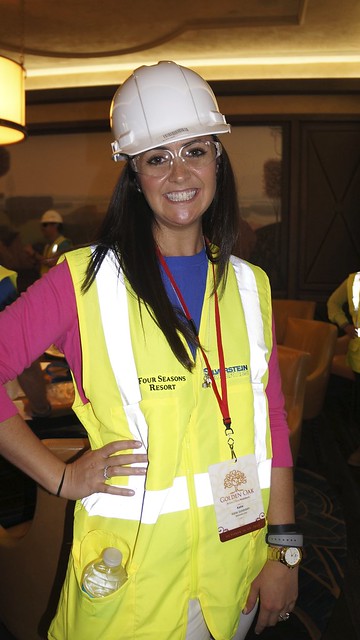 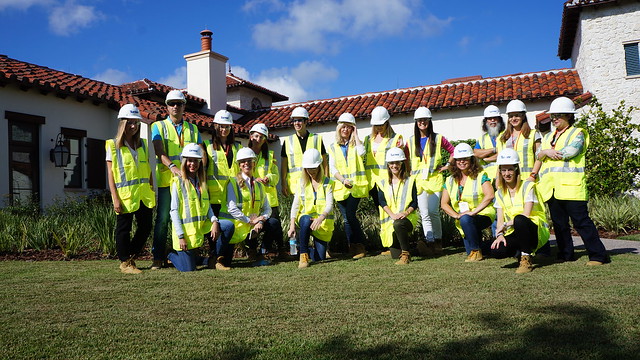 Are you excited for Four Seasons Resort Orlando at Walt Disney World? Have any questions about it? Let me know in the comments and I’ll do my best to get you some answers! For super luxurious accommodations open right now on Disney’s property, be sure to check out my review of The Villas at the Grand Floridian Resort & Spa.