Home > Oxford > Travel Briefs: The Perfect Trip to Oxford. What to Do and Where to Stay

As you may know, I was recently in Great Britain for a press trip–what you may not know is that I was also in Oxford and Stratford-upon-Avon–and that’s because I’ve been swamped. I have so much I want to share with all of you guys but it seems lately that time is not on my side! So, I’ve decided to institute a new column on the blog, it’s going to be called Travel Briefs. Think concise and to the point but still filled with all the best advice–AKA from moi! Get it? Boxers, Briefs? Panties? See how I did that there? But I digress. This way rather than articles falling into the realm of “I’ll write it up in 20 years when I retire,” I can at least get out the important stuff. You know, if I stop rambling that is. So, up today I’m going to briefly tell you all about my wonderful trip to Oxford and some of my favorite tidbits!

Oxford was such a cool little city. I had never been before and I was so impressed by how much I loved it. I had no idea how much literature, art and music history took place here. It’s also a really popular movie location–Hello Harry Potter!! And it’s only about an hour and a half drive from London–an amazing day trip at the very least! Our first stop was at The Eagle and Child. This place is soaked in so much history, it’s ridiculous. In fact, it was here that J.R.R. Tolkien (Lord of the Rings, The Hobbit ) and C.S. Lewis (Chronicles of Narnia, Lion Witch & Wardrobe) and their fellow writers dubbed themselves ‘The Inklings.’ (I love these nerds, naturally) This was such a fabulous pub and contrary to what many believe about English pubs, the food was delish. I had a chicken sandwich, which was delicious but my friend had the Fish & Chips with mushy peas and I had my eye on it the entire time. Ohh and they also have a blog about beer, it’s called T’ales Worth Knowing. Cutest name–EVER. 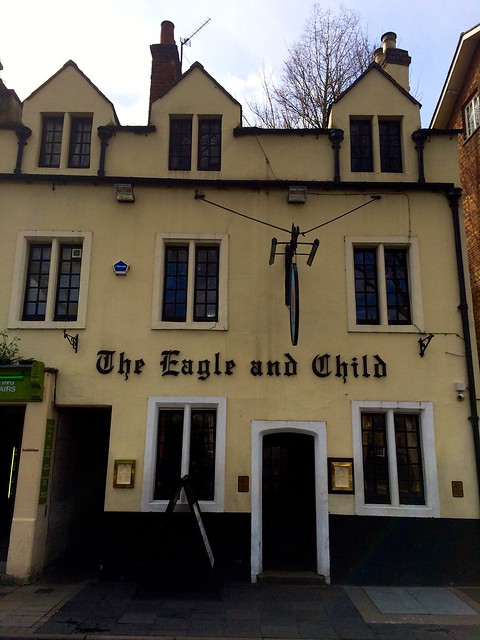 Your next priority in Oxford should be to take a walking tour. We were guided by Heidi from Walking Tours of Oxford. There are so many tiny alleys and windy back roads that it would be impossible to find all of the intricate little secrets this city holds without an expert who knows their way around. I also learned that Lewis Carroll likely was inspired by Oxford when he wrote the famous, Alice in Wonderland (one of my favorite stories). There are little tributes to different authors everywhere you turn–if you know where to look. One of the tour highlights for me was Christ Church College, which has strong links with Harry Potter, The Golden Compass and X-Men First Class. Oh, and did you know that Lewis Carroll was one of its most famous staff members! 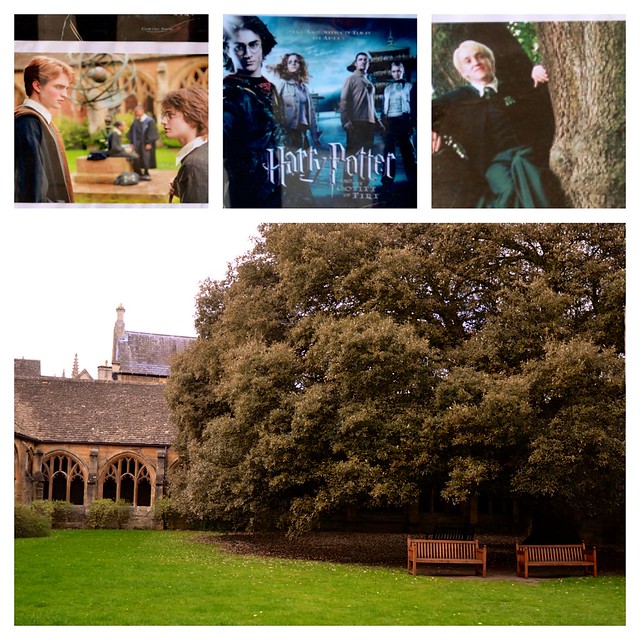 We also visited New College and got to see the Harry Potter Tree as well as The Divinity School, which was also used in Harry Potter. You may recognize it! It also inspired the Great Hall. Can you believe kids just eat here? So much cooler than my dorm cafeteria was! 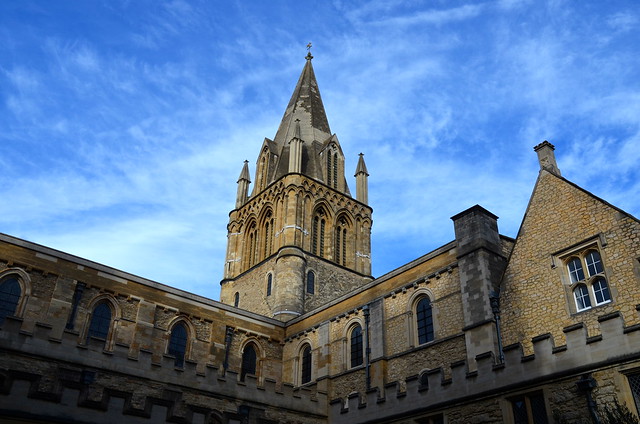 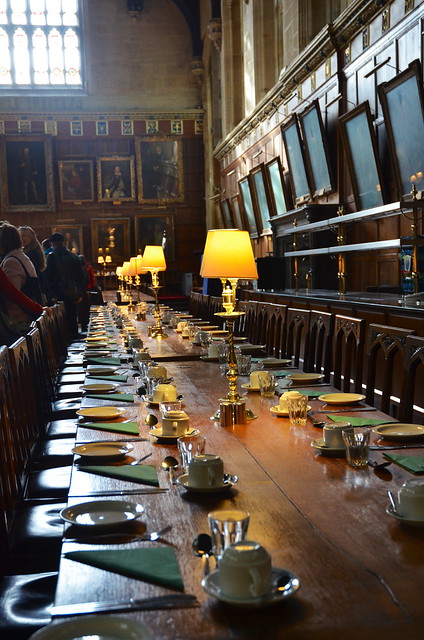 For dinner we tried a fabulous restaurant: The Trout. It’s about 15 minutes just outside of Oxford city’s center. It’s a 17th century pub and it’s nestled right on the banks of the River Thames. It’s said to have inspired literary greats from Lewis Carroll to Collin Dexter (author of Inspector Morse). The food here was great and the ambiance was exactly what I envisioned when I pictured a pub in the countryside. It was warm and cozy, wooden floors and walls, and even a roaring fireplace. But even though it was pubby (yes, I’m making that an adjective), it was still quite stylish. Menu standouts were definitely the Sticky Toffee Pudding and the Eton Mess. I had never heard of such a thing but it was a delight! Mrs. O. Around the World joined us and it was her who told me about this brilliant mess! Amazing! It consists of strawberries, cream meringue pieces. YUM! Oh and apparently it’s quite the party spot in the summer. I can see why: great outdoor seating on the water! 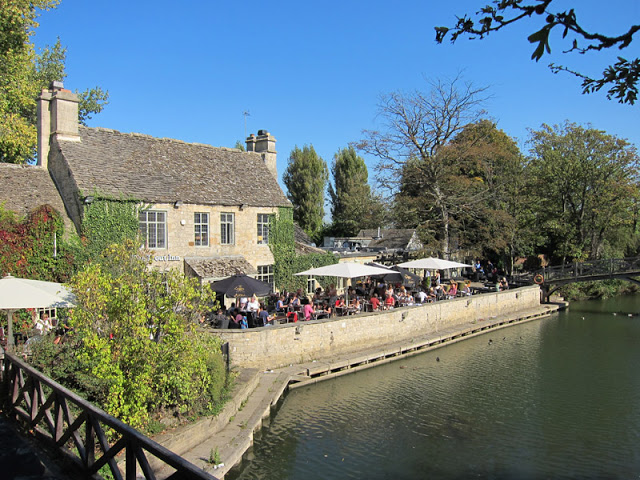 We stayed at an absolutely fabulous hotel: Malmaison Oxford Hotel. I will be writing up a separate review but this was a really cool spot. It’s an old prison and the guestrooms are converted cells! Of course, now you get three, not just one! Definitely one of the most memorable hotels I’ve ever stayed in. But more on that to come. If you have any questions about Oxford, feel free to ask me in the comments.

I genuinely loved Oxford and hope to return again soon! Here are some of my favorite shots. 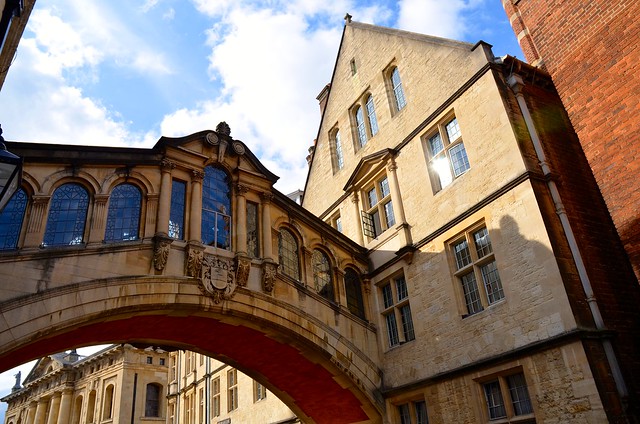 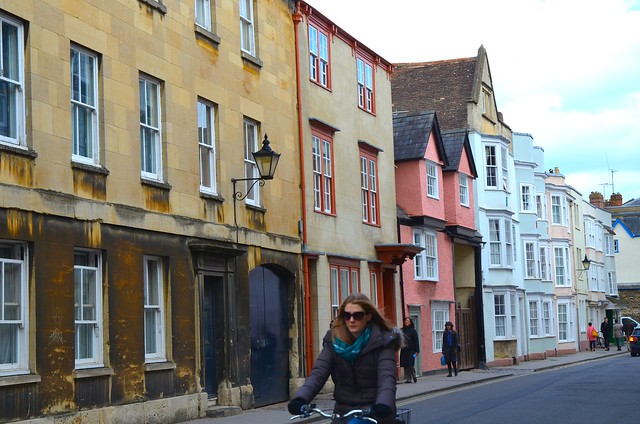 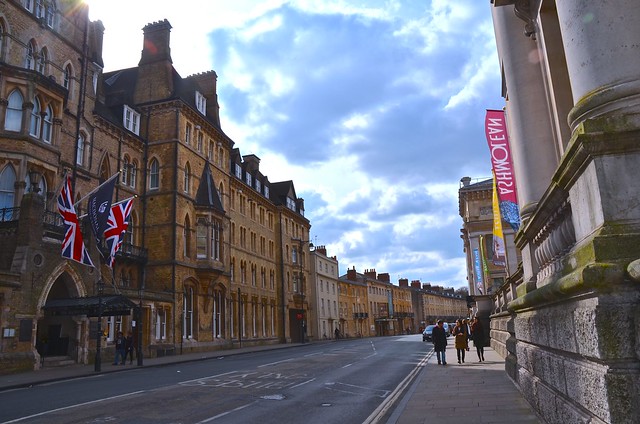 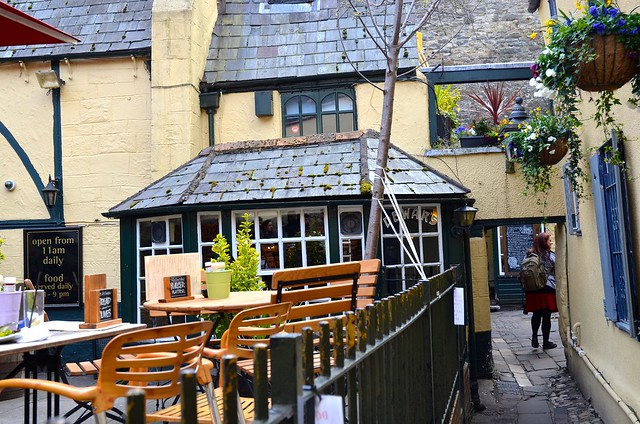 Need to get back to this pub! Looked great. It is down a seemingly empty alley–but alas! It’s called The Turf Tavern. Next time… 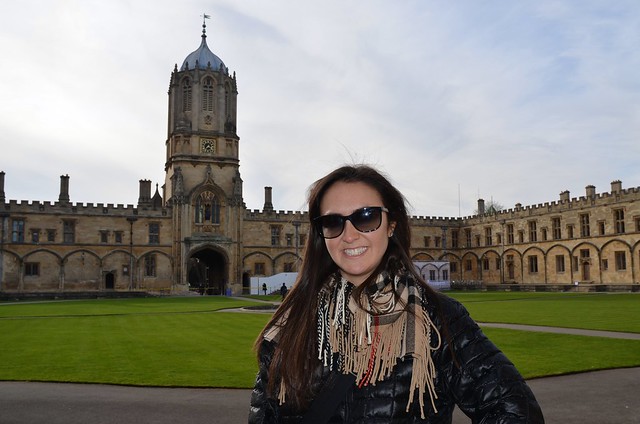 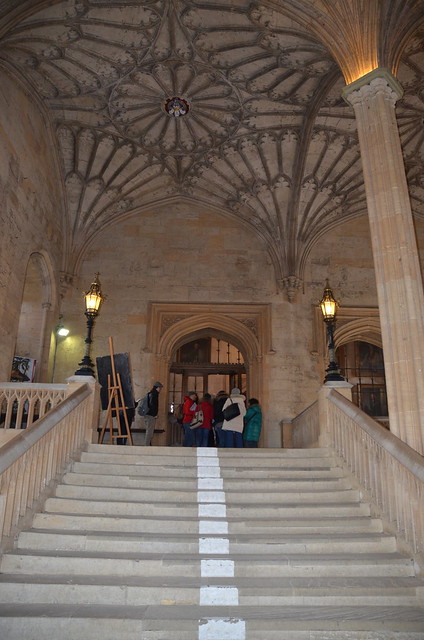 We ran up here just like Harry and Hermoine!

Until we meet again, Oxford…

*I visited Oxford as part of the same press trip I mentioned in my other post about London. In order to share all this wonderful stuff, I was a guest of Visit Britain. As always, you can’t buy the love here–all opinions herein are my own*