This post is brought to you by our fabulous friends at Full Tilt. We thank them from the bottom of our heart for helping to keep Travelingpanties up and running! We have bills to pay, y’all! They make it possible. So, now, onto the show.

Casinos are currently some of the biggest money makers in terms of sheer revenue in today’s economy, so it comes as no surprise that they spare no expense in order to attract crowds, from the casual tourists looking to enjoy the sights with their families to professional hustlers seeking to be the next one to break the proverbial bank.  According to research from PwC UK, in 2014 they had estimated projections across the global casino gaming for US, EMEA (Europe, Middle East, and Africa), Asia Pacific, Latin America, and Canada will grow at a 9.2 percent compound annual rate during the next five years, rising from $117.6 billion in 2015. 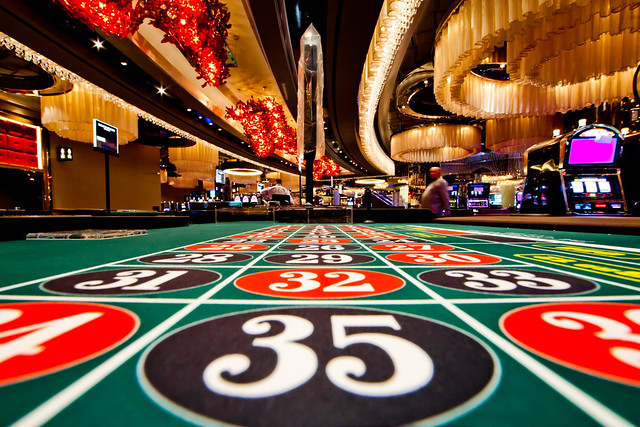 The gambling industry has expanded a lot since the good old days of Vegas, (be sure to read my review about the Four Seasons Las Vegas) and even more so than the golden age of European casinos ran by royalty, such as the Monte Carlo in Monaco, a small principality sandwiched between the Mediterranean Sea and France, famous for its glamorous gambling establishments. The industry stretches all the way to the furthest reaches of Asia in the autonomous Chinese region of Macau, which has become the contemporary largest gaming jurisdiction and also boasts the highest profits of the last decade in the business. Nowadays you can find quite stunning casinos all over the map, from the Antilles to South Africa and beyond.

Of course, over the years much has happened that’s rattled the status quo, such as Las Vegas no longer being the biggest gambling hub in the world, yielding that title to the Chinese territory of Macau (dying to go here), which according to a study conducted by the University of Nevada in Las Vegas (UNLV) made an estimated $38 million dollars in revenue in 2012 – almost four times the profits made by all the casinos in the state of Nevada in the same year.

Technology has probably had a hand in this new supremacy also, with online casinos having gained major terrain over the last decade, research from Viaden, suggested that in 2009, European online gambling business operators recorded almost a 44.9% increase in the total online gaming yield. There are now less people going to physical casinos, opting to stay home to play their favorite games easily and effortlessly, with the introduction of games such as Live Casino, people nowadays are able to avoid the hustle and bustle of casino and enjoy the casino experience from home. But for the restless wanderers and card aces, there is nothing quite like being there, so this guide is for them. Here you’ll find an eclectic mix of casinos you cannot afford to miss out on visiting, from all over the world:

The MGM has a long history. It opened as the Marina hotel back in 1975 and was later expanded when it was purchased by Hollywood mogul Kirk Kerkorian, then majority owner of Metro-Goldwyn-Meyer film studio (hence the MGM in the casino’s name). It opened in its current incarnation in 1993.

With 6852 rooms, the MGM Grand is the second largest hotel complex in the world. It has a game area of over 171 thousand square feet with more than 2500 slot machines and more than 139 card game tables. It also has its own sportsbook where players can place bets on all major sports events, such as professional and NCAA football, basketball and baseball, as well as contact sports like mixed martial arts and boxing. Located in the special administrative region of Macao, the Venetian is currently the largest casino in the world with a total playing area of 550 thousand square feet, 3400 slot machines and 800 game tables that include classic casinos staples such as poker, blackjack, roulette and Asian games like Pai Gow. Owned by the same corporation that owns the Venetian casino in Las Vegas, the casino in Macao opened for business back in 2007 and offers amenities such as live shows and concerts with artists like Katy Perry, lots of duty free shops in its shopping mall and since the casino is decorated in the style of the Italian city of Venice, you can hitch a gondola ride along the artificial canals. The casino is open 24 hours, and has a record 2905 luxurious suites.

The Foxwoods Resort and Casino (USA) The Foxwoods originally started out as a Bingo Hall back in 1986 and has since expanded into 6 different casinos and a hotel with 2266 rooms. The casino is located in the Mashantucket reserve in the state of Connecticut and is wholly owned by the Mashantucket Pequot tribe (part of the Algonquin people, some of the original inhabitants of North America). The casino has over 380 game tables and 6300 slot machines, distributed over the six casinos in the Foxwoods complex, with a Native American motif in the decoration. I actually like Mohegan Sun though better–much more luxurious!

This is an odd entry. It’s a Rio de Janeiro Carnival themed casino, but in Africa, but it’s that very same oddness that makes the Rio so attractive. Located in the city of Klerksdorp, it has 70 hotel rooms and a casino floor covering an acre of over 266 thousand square feet that also includes several restaurants, a cow themed bar called Moo bar and the world Orkney golf course. The complex also offers live shows and some 274 slot machines. The party never stops here, as the casino is open 24 hours. 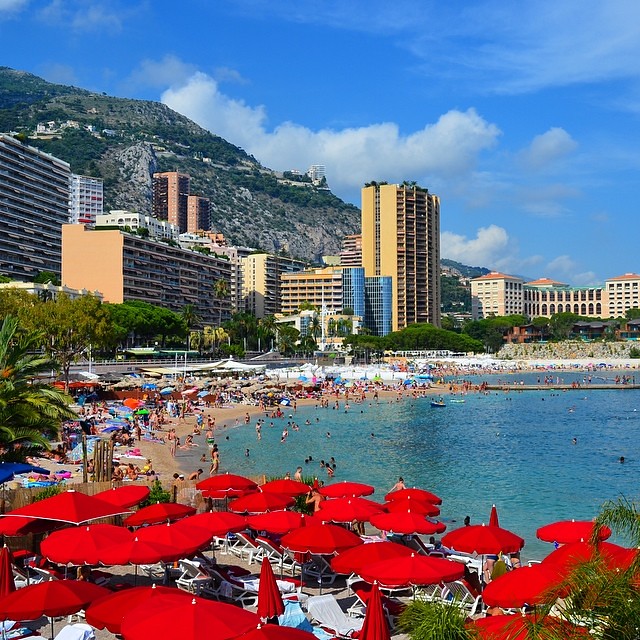 The Monte Carlo is one of the oldest still running casinos in the world, founded all the way back in the mid 1850s, and is quite possibly the most famous gambling establishment on the planet. It was the inspiration for Ian Fleming’s first James Bond novel Casino Royale, where the famous agent 007 participates in a poker tournament in order to bankrupt a terrorist financier by the name Le Chiffre. It was also one of the locations for a few Bond films like Never Say Never Again and Golden Eye. With over 1000 slot machines and games like Roulette, Punto Banco, Chemin de Fer and other exotic casino games, you can feel like a celebrity when you’re rolling high in this legendary game house.

One of the most luxurious casino resorts, the Bellagio is inspired by the architecture from the Italian town of Lago di Como, in the Bellagio region of Lombardy. It has a gaming space of 116 thousand square feet that includes high stakes poker rooms, roulette tables, blackjack and many other games. The entire complex encompasses an enormous 8 acres, with over 3000 rooms, luxury restaurants like Picasso and Le Cirque and it’s very own botanical gardens, fine art gallery and the world famous Fountains of the Bellagio, which feature jets of water seemingly dancing along with music and light. The Bellagio has been featured in movies such as Ocean’s Eleven.

Located in its namesake German resort town, the Baden-Baden is also a very old casino, having been opened in the late 1830s. The Kurhaus (German for Short House, as the casino is locally known) is an elegant neoclassical style building that houses several classic games such as European roulette and many others for high rollers. The place is so fancy that they won’t allow you in you’re not wearing a dress shirt and a blazer, but also offers a blazer and necktie rental service so you can come in if you happen to come in under-dressed. Its flagship restaurant, the Sommergarten (Summer Garden) offers both Mediterranean and local cuisine for connoisseurs of good food.

Caesar’s is possibly one of the most well-known casinos on the Vegas strip. Luxury on top of luxury is the norm in this decadent, Roman Empire themed gaming house. The casino originally opened back in 1966 and has since been host to a number of classic Vegas acts like Frank Sinatra, Sammy Davis Jr, Dean Martin, Harry Belafonte and Tony Bennett. It has also been featured in famous movies like Rain Man, The Hangover and Ocean’s Eleven. With an a gaming floor of 166 thousand square feet, Caesar’s houses several game tables and their own sportsbook, where you can bet on major sporting events year round.

In the heart of the Caribbean lies this little piece of gaming heaven on the aptly named Paradise Island. With more than 750 slot machines and 75 gaming tables, you can enjoy gaming as well as horse racing and sports betting. The complex also offers several water parks, a marine habitat, beautiful white sand beaches, a golf course, shopping centers and restaurants that range from more casual food like hamburgers to international high cuisine, as well as bars and lounges for unforgettable nights out.

Located on the corner of Charing Cross Road and Leicester Square in Westminster, London; the Hippodrome’s building has been around since the early 1900’s and has been used for several different purposes, such as a theater and circus venue, but wasn’t converted into the current casino until after 2009 when it was repurposed into its standing configuration as a gaming house and opened to the public in 2012. The casino offers three floors full of games like Three Card Poker, Baccarat and over 40 other different kinds of games, as well as slot machines. The Hippodrome also offers poker rooms and outdoor gambling in their smoking terrace with a lovely view of London.